The Congolese government delegation has left Ugandan-hosted talks with M23 rebels after the two sides failed to agree on the wording of a document intended to officially end the insurgency.

The peace talks, attended by UN officials, took place in the Ugandan city of Entebbe.

No date has been set for when the talks will resume.

Lambert Mende, a spokesman for the Democratic Republic of Congo (DRC) government, blamed Uganda for the breakdown.

“Uganda seems now to be acting as part of the conflict. It has interests in M23,” he said.

The failure to sign a document to end the conflict shows the  deep mistrust in the region, a barrier standing in the way of long-term peace despite the defeat of the M23’s 20-month insurgency by DRC’s army.

Okello Oryem, Uganda’s junior foreign affairs minister, said he expected it would take a few more days before any deal could be signed. Oryem did not comment on DRC accusations that Uganda was backing the rebels.

Mende said the government was not prepared to sign a deal with a rebel movement that had already declared its own dissolution. The DRC wants the rebels to pledge not to take up arms again, he said.

The world’s largest UN peacekeeping force is in the DRC, helping the government fight M23.

Despite the demise of M23, a plethora of other rebel groups operate in DRC’s mineral-rich east, which is also riddled with conflicts over land, ethnicity and access to resources.

The M23 group controlled strings of towns in the mineral-rich eastern DRC before troops backed by a 3,000-strong UN force pushed them out of the country last month.

Government troops wrestled Bunagana, the last town in rebel hands, from the group on October 31. Two days afterwards, and 20-months after they started the rebellion, the rebels sued for a ceasefire. 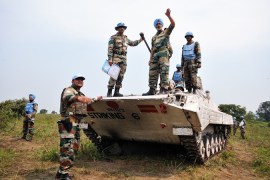 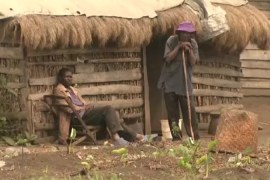 DRC villagers pushed off their land

Residents return to village they had fled to find their land had been usurped by member of local militia.