A shopping centre in the US state of New Jersey has been evacuated after multiple shots were heard, with some people locked down inside stores.

Some witnesses said the shooting happened in front of the Garden State Plaza in the northern New Jersey town of Paramus around closing time on Monday night. The shopping centre is located in Bergen county, about 35km southwest of Manhattan.

Other witnesses said they heard multiple shots seconds apart inside New Jersey’s biggest shopping centre, with CNN reporting that the shooter had fired at security cameras.

Televised images from outside showed a heavy police presence, with dozens of the force’s vehicles converging on the shopping centre.

Richard LaBarbiera, mayor of Paramus, said no injuries had yet been reported.

Juan Carlos Molina, speaking to Al Jazeera from Paramus over phone, said: “Right now, the police still have the mall on lockdown. They actually made us move farther away and are trying to get better control of the scene here.”

“Multiple gunshots were heard. We believe it is one shooter. I know there is an active shooter near the Nordstrom area,” Jeanne Baratta, the county chief of staff, said, adding that a police SWAT team was at the site.

The police “believe the gunman is still in the mall”, Baratta said.

“Right now the Bergen county SWAT team along with the K-9 unit and other law enforcement are going store by store. It’s a very large mall with multiple levels.”

NorthJersey.com reported quoting witnesses that a man dressed in black and wearing a black helmet fired up to five shots at the shopping centre shortly after 9pm before it closed on Monday.

Jonathan Astacio, a witness who was inside the shopping centre, told CNN he heard several shots: “We heard two loud booms. … Then we heard two more shots and saw people running.”

One woman at a store in the shopping centre, who asked Reuters news agency not to disclose what store she was hiding in, reported hearing shots.

Afraid the shooter may still be free, she said: “I haven’t gone out again.”

A manager at the Chili’s restaurant at Garden State Plaza told the Associated Press news agency they were on lockdown and could not leave.

She said a manager at the Nordstrom department store ran over to use the phone saying there had been a shooting. She did not say if the Nordstrom manager witnessed it.

Several frightened customers said on Twitter that they were escorted from the shopping centre by armed state troopers.

One woman wrote that she ran from the shopping centre “screaming”. 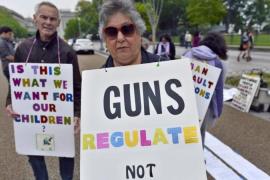 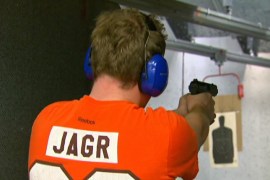 3D printing could make anyone a gun maker

Authorities worry that criminals will get hold of printing machines and make their own weapons. 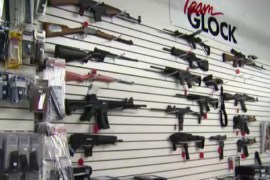 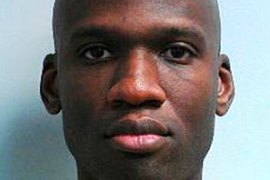 The FBI releases footage and photos of Aaron Alexis running through hallways at the Navy Yard with sawed-off shotgun.