US military forces have conducted an operation in Somalia targeting a member of the rebel group al-Shabab, a Pentagon official has said.

On Saturday, George Little, the press secretary for the US Department of Defence, confirmed the raid was carried out.

He said that the operation was aimed at capturing a “high value al-Shabab terrorist leader” and that no US personnel were injured or killed.

“US personnel took all necessary precautions to avoid civilians casualties in this operation and disengaged after inflicting some al-Shabab casualties. We are not in a position to identify those casualties,” said Little.

Although the Shabab leader was believed to have been killed during the assault, the SEALs had to withdraw before they could confirm the kill, a senior US official told The New York Times.

“The Baraawe raid was planned a week and a half ago,” a US security official told Times.

“It was prompted by the Westgate attack,” he added, referring to an attack by Shabab gunmen on a Nairobi shopping mall that left 67 people dead during a four-day siege.

A Reuters news agency source had said that a second foreign military operation also took place in Libya on Saturday and was aimed at seizing senior al-Qaeda figure Abu Anas al-Liby. Al-Liby is wanted by the United States for his alleged role in the 1998 US Embassy bombings in Kenya and Tanzania.

“Al-Liby was apparently on his way home after morning prayers when his wife told his brother that she saw a a group of foreign looking men surround his car and take him away,” said Al Jazeera’s Rosiland Jordan, reporting from Washington DC.

Al-Shabab spokesman Abdulaziz Abu Musab told AFP that commandos had stormed the beach by boat, but laid blamed on Britain and Turkey.

“The bungled operation was carried out by white people, who came with two small boats from a larger ship out at sea… one Shabab guard was killed, but reinforcements soon came and the foreigners fled,” he told AFP.

“Where the foreigners had been, afterwards we saw lots of blood, so maybe we wounded some.” 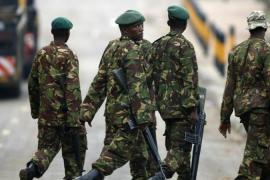 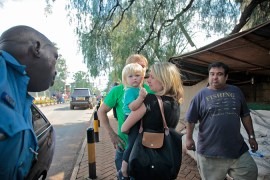 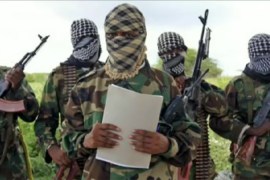