A US military strike has hit a car carrying senior members of the al-Shabab armed group in Somalia, killing at least two people including the group’s top explosives expert, according to rebel and US sources.

The unnamed US official told the Associated Press news agency that there was a US strike against a target in Somalia on Monday but would give no further details.

The official spoke on condition of anonymity because there was no authorisation to discuss the strike publicly.

It was after afternoon prayers between 1:30pm and 2pm when I heard a loud bang. Just one big bang.


An al-Shabab member who gave his name as Abu Mohamed said one of those killed was al-Shabab’s top explosives expert, known as Anta.

He said a drone fired at the car in Somalia’s Middle Juba region. It was not clear how Mohamed would know it was a drone strike, except that he said no attack helicopters were seen.

Four witnesses at the scene confirmed the strike to Al Jazeera and said that both fighters killed were Somali men. The rebels are known to have foreign fighters in their ranks.

“It was after afternoon prayers between 1:30pm and 2pm when I heard a loud bang. Just one big bang,” a witness from Jilib told Al Jazeera.

“I came to the scene shortly after. I saw two dead bodies. Then al-Shabab fighters came to scene and took the bodies from the Suzuki vehicle. It was a drone strike.”

A Somali intelligence official in Mogadishu said the attack was launched as al-Shabab members went to intervene in a clan dispute. The official insisted on anonymity because he is not authorised to share intelligence.

Earlier this month, US Navy SEALs raided a coastal Somali town in an attempt to kill a Kenyan al-Shabab member. The SEALs failed to capture or kill their target after meeting resistance from al-Shabab fighters.

The target of that attack – Abdulkadir Mohamed Abdulkadir, known as Ikrima  – was identified as the lead planner of a plot by al-Shabab to attack Kenya’s parliament building and the United Nations office in Nairobi in 2011 and 2012.

Although the US does not report its activities in Somalia, drones have been used in recent years to kill Somali and foreign al Shabaab fighters.

If a drone strike in southern Somalia is confirmed, it will underscore the increasing importance with which Western countries see military operations in the Horn of Africa, particularly in Somalia. The country has seen several military attacks  – often reported as drone strikes – in recent years.

Al-Shabab attacked a shopping centre in Nairobi, in neighboring Kenya, on September 21 with guns and grenades, killing at least 67 people. It has promised more attacks on Kenyan soil unless Kenya withdraws its troops from Somalia. 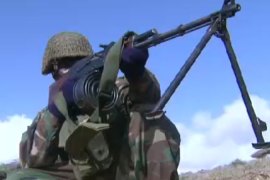 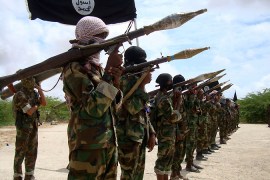 Al-Shabab fighters want Barack Obama, the US president, to embrace Islam or face the threat of an attack by the group. 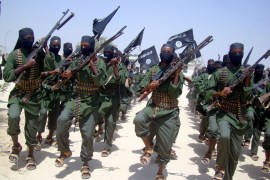