Polls showed on Sunday that Margvelashvili held approximately 66 percent or more than two-thirds of the vote.

Opinion polls had put Margvelashvili, formerly an education minister, ahead of candidates David Bakradze and Nino Burjanadze, one of the leaders of the 2003 Rose Revolution that toppled Eduard Shevardnadze.

The campaign, in contrast to many previous elections in post-Soviet Georgia, has been peaceful.

Margvelashvili is little known. His main foreign-policy goal is to pursue close ties both with the West and with Russia – a balance the country has long failed to achieve.

He will seemingly win the presidential elections without having to do a second round run-off.

The departure of Saakashvili, a pro-Western leader who has served the maximum two terms, should end the bickering that has hindered policy-making and the investment climate, and reinforce Georgian Dream’s hold on power.

However, the future is clouded by Prime Minister Bidzina Ivanishvili’s decision to step aside as well.

The retreat of Ivanishvili, Georgia’s richest man and Georgian Dream’s leader, increases uncertainty in a country that is strategically important for Russia and Europe, which receives Caspian oil and gas through pipelines via Georgia.

Ivanishvili, 57, has dominated politics in the South Caucasus country since entering politics two years ago, but says his job will be complete once Saakashvili departs.

After the election, constitutional changes take effect which will shift power from the presidency to the government and parliament.

Ivanishvili has not said who will be prime minister, although no major policy changes are expected.

The arrest of several former ministers, including Vano Merabishvili, ex-prime minister, and dozens of other former officials has caused alarm abroad, and two European Union ministers have appealed to Ivanishvili not to try to prosecute Saakashvili.

Ivanishvili denied on Friday that he would seek to jail his rival, and said he would not dictate the government’s actions after he leaves office in about one month.

Georgia allied itself with the US under Saakashvili and pushed to join NATO, still a distant prospect.

Georgian Dream has taken a similar path, but sought better ties with Russia.

Under Saakashvili, who rose to power after the Rose Revolution, the country of 4.5 million fought a five-day war with Russia in 2008, from which Russia emerged in control of two rebellious Georgian regions.

He won plaudits for reducing corruption and bureaucracy, and for launching economic reforms, but was criticised for not overhauling the justice system, and poverty remains a problem.

Ivanishvili’s critics say the economy has deteriorated under him. 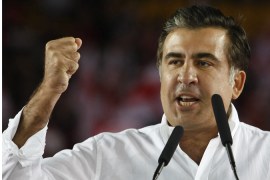 Ex-Soviet state gears up for its first “boring” vote, but some analysts are concerned about pressure from the PM. 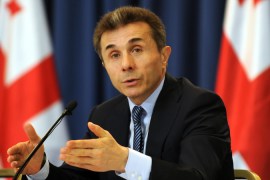 Georgia: The power of media

We examine who is shaping the country’s media landscape and why media are often the playthings of politicians. 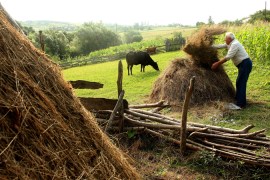 After years of welcoming outside investment, the small state now worries too much land is being sold to non-citizens. 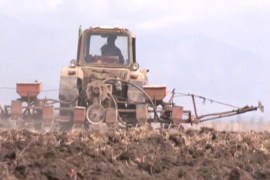