A senior Israeli official has said that his country will press ahead with plans to build in existing Jewish settlements in the occupied West Bank and East Jerusalem, a day after Israel’s leader held talks with US Secretary of State John Kerry.

Local media said new building tenders could be announced next week, as Israeli Prime Minister Benjamin Netanyahu seeks to appease hardliners in his government opposed to peace talks with the Palestinians.

“In accordance with understandings reached on the eve of the restart of peace talks with the Palestinians, in the coming months Israel will continue to announce it will build in settlement blocs and in Jerusalem,” part of the statement by the unnamed official said on Thursday.

“Both the Americans and the Palestinians have been aware of these understandings,” the statement said.

“We don’t accept any settlement bids and Israel should stop these acts to give negotiations the opportunity to succeed,” he said.

Netanyahu held talks with Kerry in Rome where the Israeli-Palestinian talks were on the agenda.

The US-brokered discussions were revived in July after a three-year hiatus, but have shown few signs of progress.

The Palestinians, who have been demanding halt in settlement construction as a condition for talks, reluctantly returned to the negotiating table under heavy American pressure.

Meanwhile, the pro-settler Jewish Home party, one of Netanyahu’s main coalition partners, said on Thursday it would propose a bill to bar the release of Palestinian prisoners, which has been linked to the talks.

Israel’s chief negotiator, Tzipi Livni, said in Tel Aviv on Thursday she could not divulge any details but a senior Palestinian official in the West Bank city of Ramallah described the talks as very difficult.

Palestinians want the West Bank and East Jerusalem and the Gaza Strip for a future country but fear that more settlement building will deny them a viable state.

Settlement building in the territories occupied by Israel during the 1967 Six Day War is considered illegal under international law, and the issue remains one of the most divisive in the Israeli-Palestinian conflict.

Israel withdrew in 2005 from the Gaza Strip, governed by Hamas Movement.

It said there were 1,708 housing starts in January-June this year, compared with 995 during the same period in 2012. 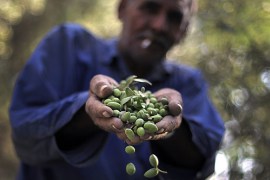 As Palestinians celebrate Eid, olive farmers in the West Bank are grappling with a poor harvest under occupation. 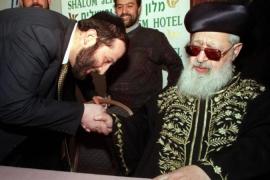