The Friends of Syria group of Western and Arab foreign ministers are meeting in London hoping to persuade opposition leaders to attend a peace conference in Geneva next month.

British Foreign Secretary William Hague said the London meeting was aimed at persuading Syria’s opposition to have a “united position” for the conference in the Swiss city, scheduled for November 23.

Tuesday’s talks were attended by the so-called London 11, the core group of the Friends of Syria that consists of Britain, Egypt, France, Germany, Italy, Jordan, Qatar, Saudi Arabia, Turkey, the United Arab Emirates and the United States, together with opposition leaders.

The opposition coalition has agreed to attend the London talks, saying it would focus on “these countries’ understandings about Geneva II and what it should result in”.

Al Jazeera’s Barnaby Phillips, reporting from London, said there was still a possibility that the Syrian opposition would be persuaded and and attend the Geneva conference.

“They [diplomats] see a little window of opportunity, diplomatically speaking, in the otherwise bleak Syrian picture and they want to press home their advantage,” Phillips said.

“They have an awful lot of convincing here to do in London. It’s not expected to be wrapped up today; diplomacy is expected to carry on for weeks ahead.”

But al-Assad dealt an early blow to peace hopes, saying in an interview on Monday that he was willing to run for re-election in 2014 and that the factors were not in place for the Geneva II conference to succeed.

US Secretary of State John Kerry earlier said that the Syrian opposition would never agree to Assad staying in power.

“He has bombed and gassed people in his country…. How can that man claim to rule under any legitimacy in the future?” Kerry said after talks with Arab League officials in Paris.

World powers are focusing on a political solution to the war in Syria after Washington dropped plans for US-led strikes in response to a chemical attack in Damascus, which the US blames on Syrian government forces.

Russia and Western nations are pushing for new talks between the Syrian regime and rebels on a negotiated solution to the conflict, which has killed more than 115,000 people since March 2011. 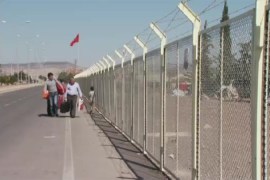 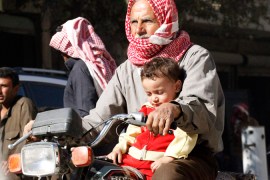 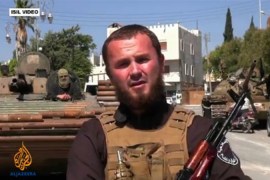