Protesters have marched to the headquarters of Brazil’s state-run petroleum company Petrobras after it won the right to develop an offshore field that could contain 12 billion barrels of oil.

A consortium that includes Petrobras, Shell, Total and two Chinese firms successfully bid for the rights at an auction, Brazil’s government announced on Monday.

Five people were reported hurt as union workers opposed to the auctioning off of national assets to foreign companies clashed with police in Rio de Janeiro.

More than 1,000 police were called in and responded with tear gas and rubber-coated steel bullets after about 200 protesters converged on the hotel hosting the action.

The five firms won 35-year concessions, with Petrobras taking a 40 percent stake, more than the minimum required by the terms of Brazil’s offer, which has been controversial at home.

Shell and Total both earned a 20 percent stake with CNOOC and CNPC securing 10 percent each.

Their consortium was the only bid to offer the Brazilian state the minimum 41.65 percent of oil to be extracted from the Libra oil field, which holds an estimated eight to 12 billion barrels of oil.

To put that into context, Brazil currently has 15.3 billion barrels of proven reserves and is already the second-largest in South America after Venezuela.

“The government is very satisfied with the Libra auction. The auction was a success,” he said.

He said the “high-level” firms had experience in “exploiting this oil in the shortest time possible, which is what we are interested in doing”.

Mantega further said the government was happy in that “as we know this is a very profitable reserve, we are talking about … 41 percent of a very big cake – so we are very satisfied with this stake”.

In advance of the auction, ANP estimated the Brazilian government would receive around three quarters of overall Libra profits.

Analysts say the Libra field will be able to produce around 1.4 million barrels a day by 2017, according to ANP.

A further spin-off could come in the form of a doubling of Brazilian gas reserves, currently 459.3 billion cubic metres.

The reserves are what are known as pre-salt – that is, they lie beneath a layer of salt deep below the Atlantic Ocean. 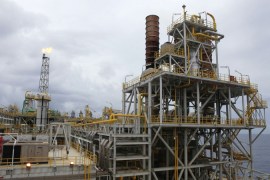 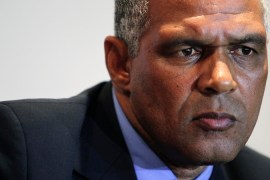 Chevron and Transocean reject latest $10.9bn lawsuit as “arbitrary” and “without merit”. 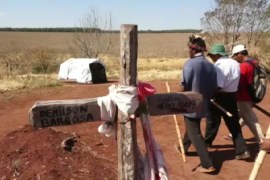 The expansion of cattle ranches in remote parts of Brazil results in a sometimes violent scramble for land.