France has called in the US ambassador to protest against allegations in Le Monde newspaper about large-scale spying on French citizens by the US National Security Agency, French Foreign Minister Laurent Fabius said.

“I have immediately summoned the US ambassador and he will be received this morning at the Quai d’Orsay [the French Foreign Ministry],” Fabius told reporters at a European Union foreign ministers’ meeting in Luxembourg on Monday.

The spy agency taped 70.3 million phone calls in France over a 30-day period between December 10 and January 8 this year, Le Monde reported in its online version, citing documents from Snowden.

“If an allied country spies on France or spies on other European countries, that’s totally unacceptable,” Valls told Europe 1 radio.

According to Le Monde, the NSA automatically picked up communications from certain phone numbers in France and recorded text messages under a programme code-named “US-985D”.

Le Monde said the documents gave grounds to believe that the NSA targeted not only people suspected of being involved in terrorism but also high-profile individuals from the world of business or politics.

Charles Rivkin, the US ambassador to France, declined immediate comment on reports that he had been called in by the French foreign ministry but stressed that French ties with Washington were close.

“This relationship on a military, intelligence, special forces … level is the best it’s been in a generation,” Rivkin told the Reuters news agency as John Kerry, the US secretary of state, arrived in Paris.

In Kerry’s press conference Monday evening, the Secretary of State John Kerry said the United States will discuss its global espionage programme with France after Paris reacted angrily to allegations Washington had spied on millions of phone communications.

“We will have ongoing bilateral consultations including with our French partners that address this question,” said Kerry, calling France “one of our oldest allies”.

In July, Paris prosecutors opened a preliminary inquiries into the NSA’s programme, known as Prism, after Der Spiegel and Britain’s The Guardian revealed wide-scale spying by the agency leaked by Snowden.

“We were warned in June [about the programme] and we reacted strongly but obviously we need to go further,” Fabius said. “We must quickly assure that these practices aren’t repeated.” 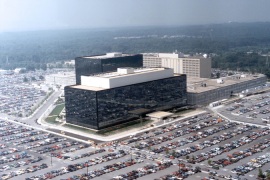 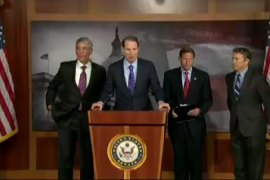 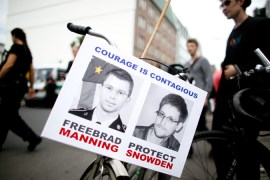 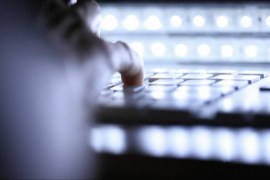 News that US intelligence is monitoring foreign communications has observers wondering if UK spies are doing the same.