African nations have agreed that sitting heads of state should not be put on trial by the International Criminal Court, based in The Hague, Netherlands, where Kenya’s leaders are in the dock, according to Tedros Adhanom, Ethiopia’s foreign minister.

Speaking at a two-day summit for the African Union to review the continent’s relations with the ICC, Tedros said: “We have rejected the double standard that the ICC is applying in dispensing international justice.”

The ministers of the 54-member AU, headquartered in Ethiopia’s capital Addis Ababa, where the summit is being held, also called for deferring the cases of Kenyan President Uhuru Kenyatta and his deputy, William Ruto.

African leaders are expected to endorse the ministerial recommendations on Saturday.

Tedros said trying Kenya’s president and his deputy infringed on that nation’s sovereignty. The two men deny charges that they orchestrated a killing spree after a disputed 2007 election.

The court’s credibility has come under scrutiny, with growing frustration in Africa where it has convicted only one man, an African rebel commander, and all others the ICC has charged are also Africans.

Thirty-four African states are signatories to the Rome Statute which set the stage for the formation of the court in 2002.

The ministers, whose meeting began on Friday and ended after midnight, did not call for a mass withdrawal from the court’s jurisdiction.

Officials had previously said that idea would be on the agenda but it had not drawn broad support.

“We underscored that sitting heads of state and governments should not be prosecuted while in office,” Tedros said, speaking at the African Union’s headquarters in Addis Ababa.

He said a group with representatives from Africa’s five regions – together with Ethiopia, the current holder of the AU’s rotating chairmanship – would press the UN Security Council to defer the court proceedings against the Kenyan leadership and Sudan’s President Omar al-Bashir.

While the Kenyan politicians have cooperated with the court, Bashir has rejected the ICC’s charges of war crimes and genocide, and is now subject to an arrest warrant.

Ministers also called for the use of video links in trials of the Kenyan leaders to ensure their official work was not disrupted.

The ICC has yet to rule on whether Kenyatta and Ruto can be excused from large parts of their trial or whether they can participate by video link.

Rights groups as well as prominent Africans, including Kofi Annan, the former UN secretary-general, have urged African nations not to turn their backs on the court, which they say is vital to ending what they see as a culture of impunity in African politics.

Angela Mudukuti, a lawyer at the Southern Africa Litigation Centre in Johannesburg, told Al Jazeera that she hoped nations like South Africa, who stake their reputation on upholding the rule of law, would support the ICC.

“This is [ICC] an important international justice accountability mechanism,” she said.

Mudukuti said the complaint that the ICC was targeting African leaders unfairly was “unjustified”.

“If you look at most of the cases before the ICC, they are what we call self-referrals,” she said.

“Autonomous, independent African governments have gone to the ICC and said, ‘Can you intervene? We cannot handle this matter.’ So it’s more Africans making use of the court, not the ICC targeting Africa.” 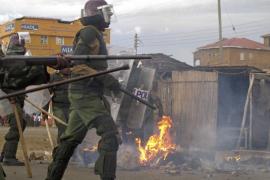 How did Kenya get to the point of voting to begin the process of withdrawing from the International Criminal Court? 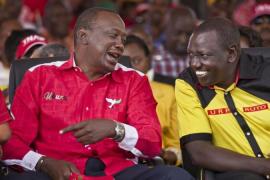 Is Africa snubbing the ICC?

As Kenya votes to withdraw from this ‘court of last resort’, we ask if other African nations will follow suit.