Syrian rebels allied with Sunni Muslim fighters killed at least 190 civilians and abducted more than 200 during an offensive against pro-government villages, an international human rights group has said.

The New York-based Human Rights Watch (HRW) described the August 4 killings as a “war crime”, and said the attacks against unarmed civilians in more than a dozen villages in the coastal province of Latakia were systematic.

In a 105-page report based on a visit to the area a month later, HRW said the attacks could even amount to a crime against humanity.

Witnesses said rebels went house to house, in some cases executing entire families and in other cases killing men and taking women and children hostages.

The villagers belong to the minority Alawite sect, an offshoot of Shia Islam which forms the backbone of President Bashar Assad’s regime – and which conservative Sunni Muslims consider heretics.

One survivor, Hassan Shebli, said he fled as rebels approached his village of Barouda at dawn, but was forced to leave behind his wife, who was unable to walk without crutches, and his 23-year-old son, who is completely paralysed.

When Shebli returned days later, after government forces retook the village, he found his wife and son buried near the house and bullet holes and blood splatters in the bedroom, HRW said.

The findings are bound to feed mounting Western unease about the tactics of some of those trying to topple Assad and about the growing role of religious fighters, including foreign groups linked to al-Qaeda.

HRW’s report came as international inspectors in Syria visited three of the 20 sites linked to the country’s chemical weapons programme.

The facilities inspected in the past 10 days have been in government-held areas, making them fairly easy to reach, Michael Luhan, spokesman for the Organisation for the Prohibition of Chemical Weapons (OPCW), said on Thursday.

At some point, the 27-member team may have to cross rebel-held territory to reach other sites that need to be inspected. The UN hopes to organise ceasefires between rebels and government forces to ensure safe passage for their teams.

Shifting front lines crisscross the country, divided into a patchwork of rebel- and government-held areas.

Operating on rare consensus, the UN has mandated the OPCW to rid Syria of its stockpile by mid-2014, the tightest deadline ever given to the OPCW, as well as the first conducted amid ongoing fighting.

The UN Security Council met late on Thursday to discuss detailed recommendations made by Ban Ki-moon, the UN secretary-general, on how to destroy Syria’s chemical weapons.

Gerard Araud, the French ambassador to the UN, and his Russian counterpart Vitaly Churkin said after the closed consultations that the 15 council members decided to authorise the plan proposed by Ban in a letter, not a resolution.

In his 11-page letter to the council on Monday, Ban proposed that a joint mission be established by the UN and the OPCW, with a total staff of approximately 100 members, to carry out what he described as a dangerous and unprecedented operation.

As the inspectors go about their work, the violence in Syria’s now 30-month-old civil war continues, with at least 28 people reported killed in three separate attacks.

A government warplane struck the town of Safira on Thursday, killing at least 16 people, according to the UK-based Syrian Observatory for Human Rights, which obtains its information through a network of activists on the ground. The group did not know what was hit by the strike.

Safira is southeast of the heavily contested city of Aleppo.

The military complex near the town is believed to include an underground facility for chemical weapons production and storage, according to Amy Smithson, a chemical weapons expert at the Center for Nonproliferation Studies, a US-based think-tank.

Amateur video said to show the aftermath of the Safira air raid was posted online later on Thursday.

The video showed men and boys hauling a blanket filled with body parts onto a jeep where another two charred bodies already lay.

“Who is this?” one man can be heard asking.

“By God, we don’t know brother,” another responded.

The video also showed twisted metal, blood splattered on the floor and smashed concrete in the area of the strike. 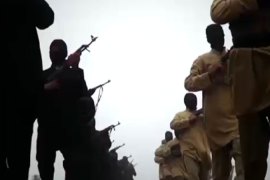 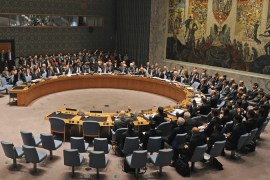 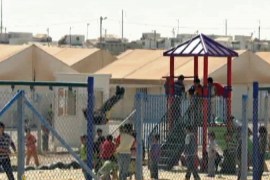 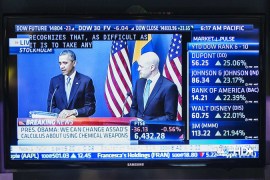