The US is reducing its military aid to Egypt following the ouster of President Mohamed Morsi and the subsequent crackdown on his supporters by the military-backed government.

The US provides $1.5bn in aid each year to Egypt. While the State Department did not provide the total amount of the aid being cut, it amounts to hundreds of millions in mostly military aid.

State Department spokeswoman Jen Psaki said the US would withhold delivery of certain “large-scale military systems”, as well as cash assistance to the Egyptian government, until “credible progress” is made toward an inclusive civilian government set up through free and fair elections.

“The United States wants to see Egypt succeed, and we believe the US-Egypt partnership will be strongest when Egypt is represented by an inclusive, democratically elected civilian government based on the rule of law, fundamental freedoms and an open and competitive economy,” Psaki said in a statement.

The call for a civilian government comes amid increasing talk that General Abdel Fattah el-Sisi, the defence minister and the architect of Morsi’s ouster, might run for president.

In an interview published this week with al-Masry al-Youm, an Egyptian newspaper, Sisi left the door open to a presidential bid, saying it was “God’s will”. Some pro-military campaigners have started a petition drive urging him to run.

Some of the items to be withheld include Abrams tanks, F-16 aircraft, Apache helicopters and Harpoon missiles, the Reuters news agency reported.

Psaki added that the US will continue to provide health and education assistance and money to help Egypt secure its borders, counter terrorism and ensure security in the Sinai.

Cutting or eliminating US aid to Egypt has been discussed for months, since the coup that ousted Morsi in July.

Administration officials, and some members of Congress, hoped that the threat would prevent a harsh crackdown on Morsi’s supporters.

But hundreds of them were killed in August, when the army cleared two pro-Morsi sit-ins in the capital, prompting the Obama administration to review its aid to Egypt.

The decision will create new friction in Washington’s already uneasy relations with Egypt’s interim government, and will also likely anger many Gulf states, which were quick to embrace the country’s new rulers.

Steve Clemons, the director of the US-based New America Foundation think tank, termed the development “significant” and “a sizable hit” to Egypt’s military.

“Egypt has been doing none of the things that [the US government] hopes that they might. And after the violence and announcement today of the Morsi trial, the White House is in an embarrassing position if it doesn’t […] take some action. But it’s important to know that the White House is not writing Egypt off – they’re still a key strategic partner,” he told Al Jazeera. 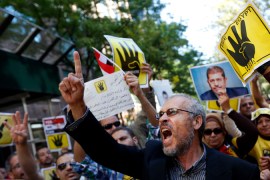 Egypt says transition to end by next spring 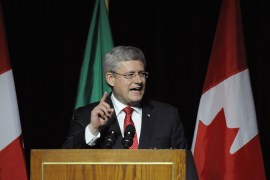 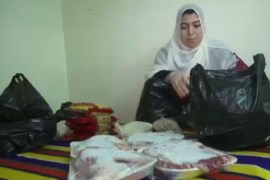 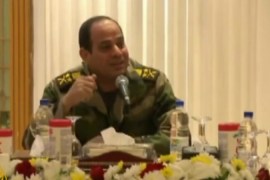