Venezuela’s Supreme Court has ruled that the postponement of ailing President Hugo Chavez’s swearing-in for the new term is legal.

The court announced its decision on Wednesday amid claims by the opposition that the government’s decision to postpone Chavez’s inauguration goes against the country’s charter.

Luisa Morales, the court’s president, gave the judgment at a news conference, saying no new swearing-in was necessary and Chavez remained Venezuela’s president, with Nicolas Maduro also continuing in his role as vice-president.

Leaders of the government insisted that, under the circumstances, the president’s current term can be extended beyond the January 10 inauguration date until he is well enough to be sworn in to another six-year term.

“We don’t have any doubts about what we have to do and what is [stated] here in the constitution.”

With a show of hands, the Chavez-controlled assembly approved his open-ended absence.

“President Chavez, this honourable assembly grants you all the time that you need to attend to your illness and return to Venezuela when the unexpected cause [of your absence] has disappeared,” Cabello said.

Al Jazeera’s Teresa Bo, reporting from Caracas, said on Wednesday that many believed that the constitutional body of the supreme court would likely side with Chavez and his government.

“The government is trying to show that it is abiding with the law,” she said.

The supreme court rejected on Tuesday as inadmissible on technical grounds a challenge brought against Cabello’s role, as the crisis deepened in Venezuela, which sits atop the world’s largest proven oil reserves.

“I do not know what the judges of the supreme court are waiting for. Right now in Venezuela, without any doubt whatsoever, a constitutional conflict has arisen,” Henrique Capriles, opposition leader and former presidential candidate, said.

Chavez has dominated Venezuela personally and politically since coming to power in 1999.

Ernesto Villegas, information minister, said late on Monday that Chavez’s medical condition was unchanged since the latest complication from surgery was reported four days ago.

Chavez, who has not been seen in public for nearly a month, the longest stretch of his 14 years in power, is suffering from a severe pulmonary infection that has resulted in a “respiratory insufficiency”, officials have said.

The announcement confirming that Chavez, 58, is too sick to be sworn in on the January 10 inauguration day came in a letter to the National Assembly from Nicolas Maduro, the vice-president.

“According to the recommendation of the medical team … the process of post-operative recovery must extend beyond January 10 of the current year, reason for which he he will not be able to appear on that date before the National Assembly,” said the letter.

The letter went on to say that, in keeping with article 231 of the constitution, Chavez would take the oath before the supreme court at a later day. 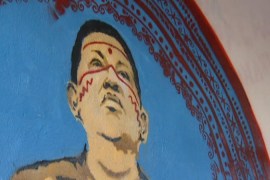 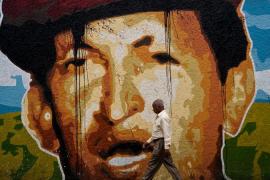 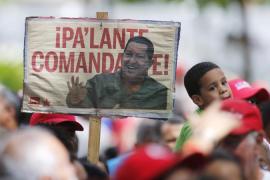 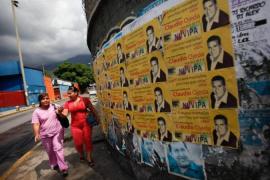