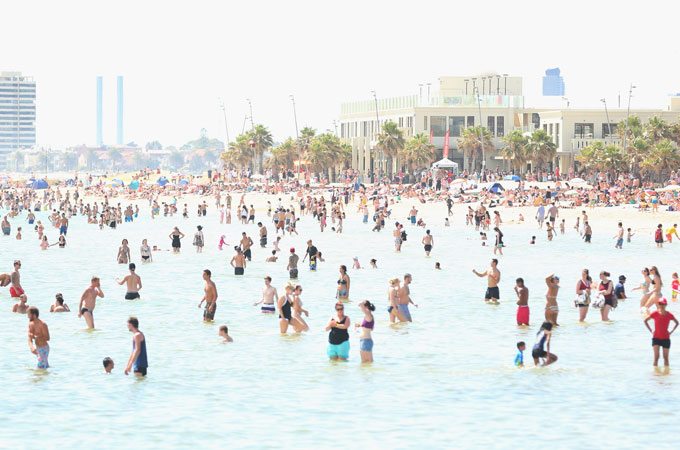 Bushfires are raging in many parts of Australia as the country experiences one of its most intense heatwaves in the last half century.

Some 80 percent of the country is in the grips of the heatwave, believed to have its origins in the Pilbara region of Western Australia. Settled weather conditions, aided by significantly above-average water temperatures along the coast have fed exceptionally warm air across the continent.

Temperatures of just over 48 Celsius have been recorded in Eucla, WA and at Wudinna on the Eyre Peninsula, SA.

The high temperatures and gusty winds have combined to provide perfect conditions for wildfires, many of which start as a result of thunderstorms.

The island of Tasmania seems to have been particularly badly hit. Hobart recorded a temperature of 41.8 Celsius at 4pm on Friday, beating the previous record set on the same day back in 1976, by exactly one degree.

Up to 40 fires are believed to be active across the island. 77 fire crews are dealing attempting to confine them. One of the worst affected locations is the town of Dunalley, to the east of Hobart, where an estimated 65 buildings have been destroyed, including the police station and school. There are also unconfirmed reports of a fatality.

With the heatwave expected to continue for at least another week in many parts of Australia, the country’s Prime Minister, Julia Gillard, has warned people: “Take care and stay safe as we face extreme heat around our nation. Listen to warnings on the high bushfire risk”.