The Egyptian defence minister, General Abdel Fattah al-Sissi, has given warning that the unrest sweeping the country could lead to the collapse of the state.

Failure to resolve the situation “could lead to grave repercussions if the political forces do not act” to tackle it, Sissi said on Tuesday, in comments posted on his Facebook page.

“The continuing conflict between political forces and their differences concerning the management of the country could lead to a collapse of the state and threaten future generations,” he said.

His comments were excerpted from a speech he gave to students at a military academy.

Sissi, who is also the head of Egypt’s military, further said that the political, economical, social and security problems facing Egypt constitute “a threat to the country’s security and stability”.

His comments will be seen as a warning to Egypt’s political class, which has done little to end the unrest.

According to the healthy ministry, 240 people were wounded in Cairo, Port Said and nearby areas, with 178 arrested in Tahrir Square alone.

Egyptian President Mohamed Morsi cancelled a planned visit to Paris this week as a political crisis flares in Egypt.

Morsi had been due to arrive in Paris on Thursday afternoon following a visit to Berlin on Wednesday and later meet French President Francoise Hollande over breakfast on Friday.

The violence started primarily in Cairo and the eastern city of Suez on Friday, the second anniversary of the revolution that toppled Mubarak.

It spread on Saturday to Port Said, after a court sentenced 21 people to death in connection with a football riot there last year. Families of the defendants tried to storm the prison where their relatives were held, and 32 people were killed in the ensuing violence.

Morsi imposed a state of emergency and a nighttime curfew in Suez, Port Said and Ismailiah.

Defying the curfew again, around 2,000 people gathered in Suez in the main square, chanting peacefully against Morsi.

Thousands of protesters took to the streets on Monday night in defiance of that curfew, chanting “down, down with Mohamed Morsi.” The army did little to enforce the curfew.

In Suez, meanwhile, hundreds of prisoners at a city jail made a failed attempt to escape during chaotic protests.

Egypt’s upper house of parliament on Monday ratified a law that would grant the armed forces powers of arrest.

Morsi invited his allies and rivals for talks on Monday to try to resolve the political crisis. But the main opposition bloc, the National Salvation Front, which had already rejected a similar call for dialogue last year, dismissed Morsi’s offer as “cosmetic.”

“We will not go to the dialogue today,” Mohamed ElBaradei, the group’s leader, said on Monday.

“We will send a message to the Egyptian people and the president of the republic about what we think are the essentials for dialogue. If he agrees to them, we are ready for dialogue.”

The coalition’s conditions included a demand that Morsi accept responsibility for the bloodshed and agree to form a government of national salvation, echoing previously unmet demands by the opposition. 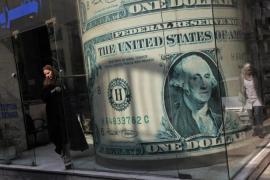 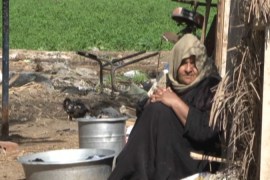 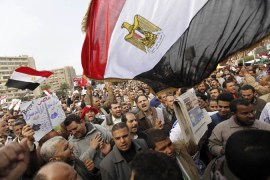 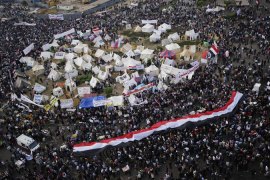