Ground forces backed by French paratroopers and helicopters have taken control of the airport and roads leading into the desert town of Timbuktu, according to a French military official.

Colonel Thierry Burkhard said on Monday that the airport was taken without firing a shot.

“There was an operation on Timbuktu last night that allowed us to control access to the town,” he said.

“It’s up to Malian forces to retake the town.”

About 200 paratroopers landed north of Timbuktu and took control of the routes there.

The French military found more than 90kg of explosives in the airport’s air traffic control tower, an official said.

A reconnaissance team has already reached the edge of Timbuktu, a senior Malian officer said, adding that French and Malian soldiers were approaching the city “without meeting any resistance”.

France’s defence ministry said one of its armoured battalions and Malian troops were headed towards the ancient trading post and centre of Islamic learning, where 333 revered Muslim saints are believed to be buried.

The advance came after French and Malian soldiers seized on Saturday the town of Gao, east of Timbuktu – the biggest victory so far in their 17-day operation against the rebels, who have controlled the north for 10 months.

The French defence ministry said in a statement that it had carried out about 20 air strikes Saturday and Sunday in the Gao and Timbuktu regions.

“Air operations carried out since [Saturday] are providing direct support to operations in Gao and along the western axis,” it said.

“Operations conducted deep in enemy territory are continuing, notably with the reinforcement of our position in Gao, in particular by an armoured battalion […] and by the Malian armed forces and several African units, including from Niger and Chad.”

Malian forces “established a foothold” in Gao and “several terrorist groups were destroyed or chased to the north” in the battle for the city, the ministry added.

A French military official denied an earlier report by a Malian security source that air strikes had destroyed the home of Iyad Ag Ghaly, the leader of armed rebel group Ansar Dine [Defenders of the Faith].

“There have not been any strikes in Kidal region”, which is the rebel-held area in the extreme northeast where Ag Ghaly’s home is located.

Gao is the biggest of six towns seized by French and Malian troops since they launched their offensive on January 11 to wrest the vast desert north from the rebels.

French-led forces took the city from the al-Qaeda-linked Movement for Oneness and Jihad in West Africa (MUJAO), one of the Islamist groups that seized control of northern Mali in April last year.

The Mali crisis erupted in the chaotic aftermath of a military coup. An alliance of ethnic-Tuareg rebels seeking an independent homeland in the north joined forces with several armed groups, taking Kidal first and then Gao and Timbuktu.

The groups quickly sidelined the Tuaregs, imposing a harsh version of Islamic law which saw offenders flogged, stoned or executed.

France launched its campaign after the rebels captured a central town and threatened to advance on the capital, Bamako. 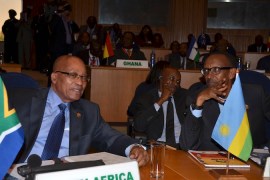 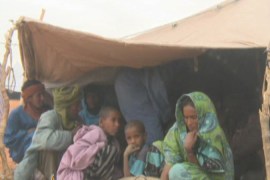 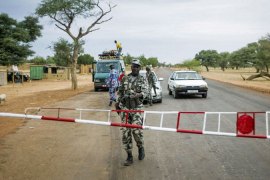