US Defence Secretary Leon Panetta has lifted a ban on women serving in ground combat, saying female troops had proven their courage in a decade of war.

The decision reflected the changed realities of the battlefield, Panetta said, as women soldiers already have been fighting in conflicts that lacked clear frontlines.

“Female service members have faced the reality of combat, proven their willingness to fight and, yes, to die to defend their fellow Americans,” the Pentagon chief told a news conference on Thursday.

“Not everyone is going to be able to be a combat soldier. But everyone is entitled to a chance,” he said before signing a memo ending the ban.

President Barack Obama, whose inauguration address on Monday promoted the idea of opening opportunities to all Americans, hailed the move as “historic” and “another step toward fulfilling our nation’s founding ideals of fairness and equality”.

“Today every American can be proud that our military will grow even stronger with our mothers, wives, sisters and daughters playing a greater role in protecting this country we love,” he said.

Panetta unveiled the decision after a months-long review by chiefs of all the armed services who unanimously endorsed a gradual change that would be phased in over the next three years.

The decision will apply mainly to the army and the marine corps, as the air force and navy already have lifted most prohibitions on women in combat, allowing them to fly fighter jets and fire weapons on ships. In 2010, the navy opted to allow women to serve on submarines.

The decision overturns a 1994 policy that prevented women from serving in small frontline combat units.

US commanders began taking a second look at the ban in 2010 to reflect the changing conditions on the battlefield, as the wars in Iraq and Afghanistan have put women in harm’s way.

General Martin Dempsey, chairman of the Joint Chiefs of Staff, said the move was part of a long-term trend in the military and that he had witnessed changes as an army division commander in Iraq.

Gender-neutral criteria for combat jobs would be drafted without watering down tough standards for physical strength or other skills, he said.

About two percent of US deaths in Iraq and Afghanistan have been women. About 280,000 women have been deployed to the war zones over the past decade, about 12 percent of the US total.

More than 200,000 women serve as active duty members of the military, including more than 37,000 officers. 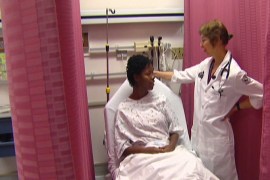 Many women say they are finding it difficult to get help they need in system still dominated by men. 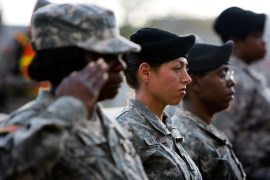 More women are serving on the frontlines than ever before, but many return home to find that new battles await them. 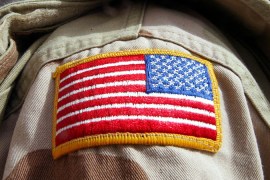 US military scandal: A culture of rape?

We ask how widespread sexual misconduct and abuse can be tackled in the US armed forces.