At least three people have been wounded after a shooting on a college campus in the US state of Texas, officials say.

Authorities said Tuesday’s shooting was the result of an altercation between two people, and at least one was a student.

Harris County Sheriff’s Major Armando Tello said both people involved in the altercation at Lone Star College near Houston were wounded and hospitalised.

He said a maintenance man was injured in the crossfire and that a female student was hospitalised for a medical complication.

Tello said a “person of interest” had been detained

The incident sent students fleeing for safety as officials placed the campus on lock-down.

The college issued an alert on its website, telling students and faculty to take immediate shelter or avoid the campus.

Police were stopping traffic at every intersection on the campus. Some vehicles and some pedestrians were allowed to pass, but others were turned away.

The shooting occurred just over a month after a gunman killed 20 students and six staff at an elementary school in
Newtown, Connecticut.

There have been three separate shootings at schools and colleges in the US in the past two weeks.

On January 10, a student armed with a shotgun opened fire at a California high school, wounding a fellow student.

On January 15, a student armed with a pistol opened fire at Stevens Institute of business & Arts in St Louis, shooting a school employee and then turning the gun on himself.

Also on January 15, two people were killed and a third wounded when gunfire broke out in the car park of a community college in eastern Kentucky. Authorities said that shooting was a result of a domestic conflict. 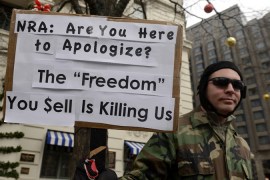 As the US president proposes a series of reforms, we ask if he can change the country’s relationship with guns. 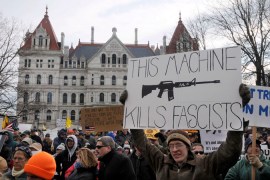 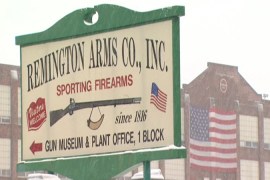 Fears about the future at New York gun maker 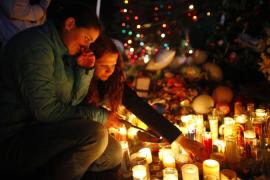 After Newtown: Rethinking US gun laws

Since the Columbine attack in 1999, there have been 31 similar incidents in the US, compared to 14 around the world.