Eritrea’s government has said the capital Asmara is “calm” a day after armed mutineers seized the information ministry, with opposition sites saying the stand-off was settled.

“All is calm today, as it was indeed yesterday,” Yemane Gebremeskel,  the director of Eritrean President Issaias Afeworki’s office, said on Tuesday.

A group of dissident Eritrean soldiers laid siege to the information ministry on Monday, forcing state media to announce a call for the release of political prisoners.

The renegade soldiers forced the director of state television to make an announcement, a senior Eritrean intelligence official said.

“The soldiers have forced him to speak on state TV, to say the Eritrean government should release all political prisoners,” the source said on condition of anonymity.

Reports from Eritrea are difficult to independently verify, as the country restricts access to foreign media.

“After those announcements were made, the state TV and radio were taken off air for about four hours,” Kidane said.

“Early in the day, not many people had a clue as to what was going on – but electrical outages happen, so people were not surprised.”

Opposition website Awate.com, based in the United States but with close connections inside Eritrea, said that the commander of around 100 rebel soldiers had agreed to surrender.

“The face-off was ‘solved’ when the government ‘accepted his terms’” Awate said, although there were no further details as to what will happen next.

The reports were impossible to confirm, and it was not clear if the mutineers had formally surrendered.

The state-run Eri-TV television and radio broadcasts were taken off air on Monday, but resumed broadcasting on Tuesday, several sources said.

“All Ministry of Information employees have been released.”

Multiple sources reported that one of those held inside the information ministry was the daughter of Issaias, who has ruled the Horn of Africa nation with an iron grip from independence in 1993, following an epic 30-year liberation war from neighbouring Ethiopia.

Kidane said that those that took part in this operation were not senior personnel, but young people fed up with the situation in the country.

“These were not army officers, these were young soldiers – new recruits and those who were forced into the army,” she said.

“Instead of young people fleeing the country and is in the past, they are now standing up and acting.”

Awate claimed the mutineers were led by an army commander called Saleh Osman, a hero of the bloody 1998-2000 border war with Ethiopia, when he refused orders to abandon the key southern port of Assab, defending it and beating back invading Ethiopians.

“The ‘uprising’ appears to have been a case of Saleh Osman trying to jolt back negotiations for democratisation he had been having with the president’s office that have stalled,” Awate added.

The UN last year estimated that 5,000-10,000 political prisoners were being held in the country, which is accused by human rights groups of carrying out torture and summary executions.

The Red Sea state, which declared independence from Ethiopia after a long war, is one of the most opaque countries on the continent.

Eritrean opposition activists exiled in neighbouring Ethiopia said there was growing dissent within the Eritrean military, especially over economic hardships.

“Economic issues have worsened and have worsened relations between the government and soldiers in the past few weeks and months,” one activist said.

The UN Security Council imposed an embargo on Eritrea in 2009 over concerns its government was funding and arming al-Shabab rebels in neighbouring Somalia – charges Eritrea denied. 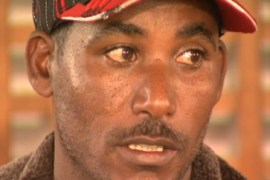 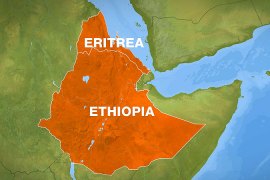