French fighter jets have carried out multiple attacks on rebel positions as forces continue their advance into northern Mali.

The progress towards the rebel strongholds on Sunday came amid reports that the al-Qaeda-linked fighters were abandoning some of their positions and converging on the mountainous region of Kidal, their northernmost bastion, 1,500km from Bamako and near the border with Algeria.

“The deployment towards the north …. which began 24 hours ago, is on course, with troops inside the towns of Niono and Sevare,” Lieutenant-Colonel Emmanuel Dosseur said.

Niono is about 350km northeast of the Malian capital and 60km south of Diabaly, which was seized nearly a week ago by rebels and then heavily bombed by French fighter jets.

Sevare has a strategically important airport which could help serve as a base for operations further north. It is about 630km northeast of Bamako.

Sevare is also near Konna, whose seizure by rebels on January 10 sparked the French military intervention in the former colony against the forces occupying northern Mali for about nine months.

“We are in a phase of pushing forward,” said a French army officer in charge of operations in Niono and the town of Diabaly, whose fate remained unclear on Sunday amid conflicting claims over whether the fighters there had been routed.

“In Diabaly, the situation is not very clear but it appears the rebel fighters have left the town,” he said, identifying himself as only Frederic.

The region where the towns are located is known for housing the most battle-hardened rebel fighters.

French-led Malian troops patrolled the outskirts of Diabaly on Sunday in a show of muscle.

“This mission of observation and dissuasion is mainly aimed at stopping any inflitration southwards by the militants,” a Malian security official told AFP news agency on condition of anonymity.

In another development, Mali’s MNLA Tuareg separatists said on Sunday they were ready to join international efforts to fight the rebels, amid fears the Malian army could exact revenge on Tuaregs for an uprising last year.

The MNLA launched a rebellion in northern Mali early in 2012, wresting control of the region from government forces
after a military coup in March which was prompted by the government’s handling of the uprising.

As French troops consolidated gains in Mali, France said the aim was its “total reconquest”.

“The goal is the total reconquest of Mali. We will not leave any pockets” of resistance, Jean-Yves Le Drian, French defence minister, said on France 5 television.

He also said seven French citizens taken hostage by fighters in Niger and Mali in recent years were alive, adding there had been “contacts with the hostage-takers”.

Earlier, Laurent Fabius, French foreign minister, said Russia had offered to help transport troops and supplies to Mali and Canada had offered help to transport African troops to the country.

Only about 100 soldiers from a planned 5,800- strong African force have so far reached Mali, while France said has 2,000 soldiers already on the ground.

Asked on Europe 1 radio on Sunday about how African troops would be transported, Fabius said “there is transportation that will be partly by the Africans themselves, partly by the Europeans and partly by the Canadians.”

He said “the Russians have proposed to provide means of transport for the French, so it’s fairly diverse”.

The announcement came a day after an emergency West African summit of the ECOWAS regional bloc called on the UN “to immediately provide financial and logistical backing for the deployment of MISMA”, to the African
force. 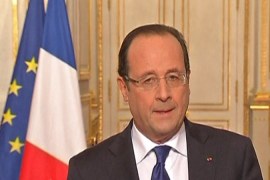 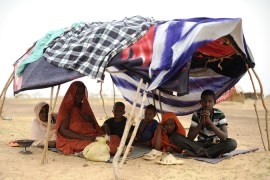 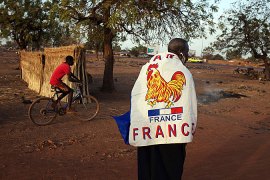 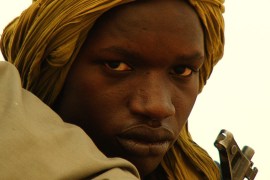