Syria’s government has authorised the UN World Food Programme to extend its reach in the country where 2.5 million people are suffering from hunger, according to officials.

Ertharin Cousin, the WFP head, said on Wednesday that Syria had allowed the organisation to work with local aid groups to reach more of those in need.

Until now most of the agency’s food aid was delivered through the Syrian Arab Red Crescent, which was overstretched and only able to provide help to some 1.5 million Syrians a month.

To boost the number of people receiving emergency assistance, the Syrian government last week drew up a list of 110 local non-governmental organisations that were allowed to participate in the aid effort,

“We have assessed the operational capacity of that 110 and we have identified 44 NGOs on that list that will give us the ability to scale up to another 1 million persons,” Cousin said.

The WFP aims to reach both government and opposition-controlled areas in all of Syria’s 14 provinces, but Cousin stressed that the aid delivery depended ultimately on the fighting on the ground.

She said one challenge was attacks on supply vehicles by the opposition.

“We can usually talk to them and get our food back, but it makes it more difficult to go into these areas,” she said.

The WFP is distributing wheat flour to rural families to help them bake bread.

It is also planning to distribute much-needed fuel to bakeries as part of its operation, Cousin said.

Shortages of fuel and flour have made bread production erratic across the country and people often wait hours to buy bread.

The UN says that more than 60,000 people have died since the uprising in Syria began 22 months ago and gradually turned into an armed conflict.

In the latest reports of violence, state media and opposition activists said suicide bombers driving vehicles packed with explosives blew themselves up near security targets in the northern Idlib province on Wednesday, killing at least 22 people.

Rebels fighting to topple President Bashar al-Assad control much of the countryside in the province, while the regime remains in charge of Idlib city.

The UK-based Syrian Observatory for Human Rights reported triple car bombings, and said they targeted security vehicles near the local security headquarters and a checkpoint.

At least 24 people were killed, most of them regime forces, it said. 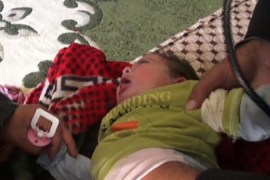 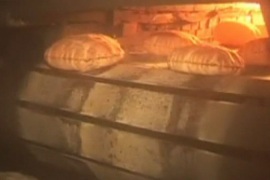 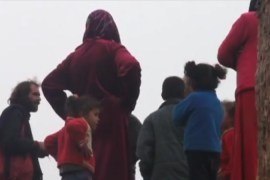 Residents of town of Maarat al-Numan who fled their homes struggle for food and warmth. 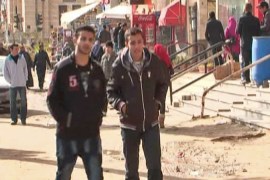