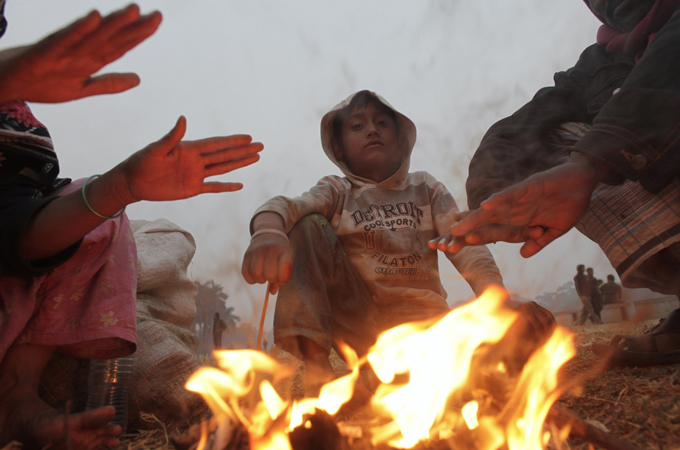 The cold winter weather, which has hit northern parts of Pakistan and India, has spread to neighbouring  Bangladesh.

The lowest temperatures in more than 40 years have caused severe hardship. More than 80 people have died because of the cold and many more have been hospitalized with respiratory problems and pneumonia.

Temperatures as low as 3 Celsius were recorded in the northern town of Syedpur, values not seen since February 1968, when the country was part of Pakistan.

3 Celsius may not seem particularly low, but Bangladesh is a tropical country. The average minimum temperature in the capital, Dhaka, is around 12 Celsius.  People are not prepared for cold weather and most homes have no form of heating.

Meanwhile, the death toll across India has reached more than 230. Whilst many of the deaths have been recorded in the northwest of the country, the cold weather has reached as far east as Kolkata. Here the coldest day in more than 100 years was recorded in the ‘City of Joy’ on Thursday as the temperature fell to just 6.6 Celsius.

There are no signs of any easing of the cold weather, so the death toll is likely to continue to rise across northern parts of South Asia.