Thousands of Egyptians opposed to military rule have marched through districts of Cairo and other cities to demand the reinstatement of deposed President Mohamed Morsi, ignoring warnings that security forces would open fire if protests turned violent.

After a relative lull following the arrests of many Muslim Brotherhood leaders, the Friday rallies were the movement’s biggest show of defiance since clashes two weeks ago in which hundreds of protesters were killed.

While most protests passed peacefully, the health ministry said six people had been killed on Friday in fighting between protesters and local residents, including one in Port Said. Protesters said that another person was also killed in Zagazig, in Sharqiya governorate.

One soldier was killed and two others wounded in Port Said after they were attacked by unknown gunmen on Friday night.

The army-backed government has arrested most of the leaders of Morsi’s Muslim Brotherhood since he was toppled on July 3, suffocating protests and all but silencing the movement that ruled Egypt for a year.

Just after Friday prayers around 500 protesters set off from central Cairo’s Sahib Rumi mosque chanting, “Wake up, don’t be afraid, the army must leave!”, “The interior ministry are thugs!” and “Egypt is Islamic, not secular!”

By mid-afternoon, thousands were marching in several other Cairo districts and suburbs.

Soldiers were joined by helmeted police in black uniforms and bulletproof vests, armed with tear gas guns and semi-automatic rifles, in manning checkpoints near the protests.

They blocked access to one of the bridges over the Nile.

The call for mass protests and sit-ins by the Anti-Coup Alliance, which also includes the Muslims Brotherhood, was seen as a of test how much an ongoing security crackdown has crippled the group. Security forces have accused the Islamist group of using rallies to create chaos.

Al Jazeera’s Sherine Tadros, reporting from Cairo, said more protesters took to the streets in Cairo this Friday than a week before.

“But it took a different form. There were some protests with maybe 20-30 people, others with thousands and you could hardly see the end of the line,” she said, adding that it seemed protesters were using new tactics.

“There was an effort I think to keep within the confines set by security forces, who had been heavily present in the streets and closed off some of the entrances and exits of parts of the city, making it difficult for anyone to move around, let alone the protesters.”

She said two anti-coup protests were going in after the daily curfew was enforced at 7pm, one of them relatively near the presidential palace – the first rally the area had seen past curfew.

The Interior Ministry said in a nationally televised statement on Thursday that its forces would respond with “firmness” against acts that threaten national security, and that police had orders to use deadly force in defence of public and private property.

The Brotherhood released a four-page statement on Thursday which called on security forces to disobey orders “to kill.”

Beltagy, a former member of parliament and head of the Brotherhood’s Freedom and Justice Party, was wanted on accusations that he incited violence and had been on the run for nearly three weeks.

Violence in Egypt peaked on August 14 when police, backed by snipers and bulldozers, attacked two Brotherhood-led sit-ins in the capital. The move caused days of nationwide violence that has killed more than 1,000 people, most of them Morsi’s supporters. 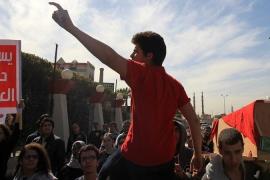 For the Muslim Brotherhood to survive and thrive, it needs to shore up its traditional base of syndicates and students. 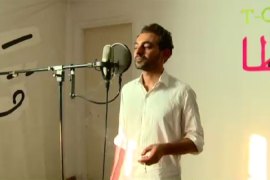 New activist group “Third Square”, which calls for democracy, has been getting lot of support on social media. 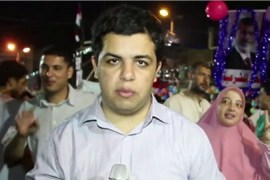 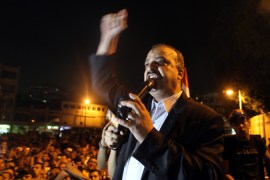