Thousands of protesters have rallied across Indonesia against government plans to hike the price of fuel, with police in one city firing tear gas to stop hundreds storming the local parliament.

Indonesia’s parliament on Monday approved budget amendments that will pave the way for the government to announce the first price hike since 2008.

Demonstrations were held in the capital Jakarta and other cities to coincide with the parliament session that approved compensation measures for the poor that the government had demanded before it would agree to cut fuel subsidies.

Fuel prices have long been a flashpoint issue in Indonesia, with economists arguing that huge government subsidies are damaging Southeast Asia’s top economy.

Millions are opposed to lowering the payouts, which keep down the cost of living.

In Jambi, a city on Sumatra island, hundreds of protesters tried to push through the gate in front of the local legislature, provincial police spokesman Almansyah told AFP news agency.

“The situation became somewhat chaotic and the police had to fire tear gas to disperse them,” said the spokesman, who like many Indonesians goes by one name.

Nobody managed to enter and the situation was under control, he added.

A journalist was hit near the eye by a tear gas shell casing and was receiving hospital treatment, the spokesman said.

In Jakarta, about 3,000 demonstrators gathered outside the national parliament in light rain, setting fire to tyres and waving banners that read “Reject the fuel price rise” and “hang SBY [President Susilo Bambang Yudhoyono]”.

“Get ready to occupy the parliament building if they raise the fuel price,” shouted one protester through a loudspeaker.
About 19,000 police and military personnel were deployed across Jakarta, police said.

In the city of Makassar, on Sulawesi island, about 500 university students and teachers protested, burning tyres and yelling “revolution”.

While only a small percentage of Indonesians are private car owners, the plan to increase the price of petrol by 44 percent is expected to push up the cost of everyday goods as they will be more expensive to transport.

Government officials have repeatedly stated that the price rises would follow shortly after the parliamentary decision. 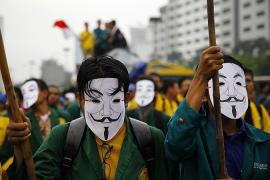 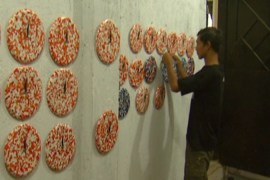 Children in Jakarta’s slums plan to sell their designer furniture to luxury shops. 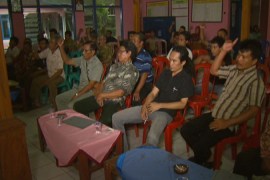 Jatigede dam will flood large areas of land and force people out of their homes, but many refuse to budge. 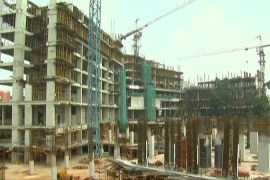