Authorities in parts of Europe issued disaster warnings and scrambled to reinforce flood defences as rivers swelled by days of heavy rain threatened to burst their banks.

Several people have died or are missing in the floods in Germany, the Czech Republic, Austria, and Switzerland since the rains began on Thursday.

The floods have killed at least one person and left several missing across the Czech Republic.

Czech officials warned that the waters of the Vltava river could reach critical levels in Prague late on Sunday as soldiers erected metal barriers and piled up sandbags to protect Prague’s historic centre from flooding after days of heavy rains swelled rivers and forced evacuations from some low-laying areas.

Prague authorities also limited public transport and closed underground stations as water from the Vltava River overflowed into parts of the Old Town.

The area is a UNESCO heritage site boasting hundreds of well-preserved buildings, churches and monuments dating back mostly to the 14th Century, including the Charles Bridge that straddles the Vltava.

“Due to the current situation, I have declared a state of danger for the area of the capital city,” acting mayor Tomas Hudecek told a news conference.

In Germany, where at least four people have died or are missing, Chancellor Angela Merkel promised federal support for affected areas and said the army would be deployed if necessary.

Several cities, including Chemnitz in the east, and Passau and Rosenheim in the south, issued disaster warnings.

Passau, which is located at the confluence of three rivers, could see waters rise above record levels of 2002, said Mayor Juergen Dupper.

German news agency DPA reported that large stretches of the Rhine, Main and Neckar rivers have been closed to ship traffic.

Evacuations are also taking place in neighbouring Switzerland and Austria, where the torrential rain caused widespread flooding and landslides.

At least one person died and two were missing in the deluge in Austria, which in some places has dumped up to two months’ worth of rain in just days.

One clean-up worker was killed in a mudslide in the town of St Johann near Salzburg, the Austrian Press Agency reported, while two other people were missing in the province after being swept into raging streams.

The provinces of Upper Austria, Tyrol and Styria were also hit hard by the severe weather, which triggered the worst flooding in some areas since 2002. 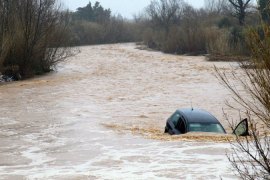 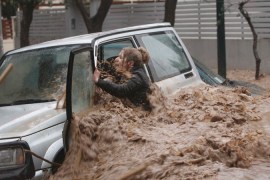 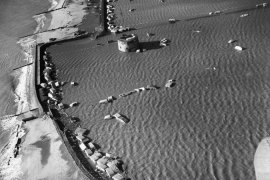 60 years since the North Sea Flood

It was the worst natural disaster to hit the region in more than 1,000 years.