John Kerry, the US secretary of state, has begun a round of separate talks with Israeli and Palestinian officials but acknowledges there is considerable scepticism that the two sides will resume peace negotiations.

Kerry has now visited Israel four times in his four months in office to try to restart peace talks.

The negotiations broke down in late 2010 in a dispute over Israeli building of Jewish settlements on occupied West Bank land that the Palestinians want for a state.

Kerry, who last week was the subject of a scathing portrait in the Israeli daily Haaretz which called him “a naive and ham-handed diplomat who has been acting like a bull in the china shop”, acknowledged the difficulties.

“I know this region well enough to know that there is scepticism, in some quarters there is cynicism and there are reasons for it. There have been bitter years of disappointment,” Kerry said as he and Benjamin Netanyahu, Israeli prime minister, posed for pictures.

“It is our hope that by being methodical, careful, patient, but detailed and tenacious, that we can lay out a path ahead that can conceivably surprise people but certainly exhaust the possibilities of peace.”

Kerry will meet Palestinian President Mahmoud Abbas later in the day on Thursday.

Netanyahu said he wanted to restart talks with the Palestinians.

“It’s something I hope the Palestinians want as well and we ought to be successful for a simple reason, when there’s a will, we’ll find a way,” Netanyahu said.

Complicating efforts is the new Israeli government which has moved more towards the right and includes some members who openly oppose a two-state solution.

“There are ideological differences at the heart of the government,” Tzipi Livni, Israel’s justice minister who is also the senior peace negotiator, told public radio.

The lack of talks “only serves the interests of those who think that each passing day [without a peace agreement] allows them to build a new house”, she said, referring to illegal Jewish settlement building on Palestinian territory.

“But this is not the position of the majority of Israel’s population”.

Most of the world deems all Israeli settlements in the West Bank as illegal.

Israel, which captured the land in the 1967 Middle East War, disputes this and distinguishes between about 120 government-authorised settlements and dozens of outposts built by settlers without official sanction.

The main issues that would have to be resolved in a peace agreement include the borders between Israel and a Palestinian state, the future of Jewish settlements, the fate of Palestinian refugees and the status of Jerusalem.

In his visits to the region, Kerry is also trying to put together an economic package for the Palestinians to go alongside the US political initiative.

William Hague, UK foreign secretary, was also due to hold talks with Netanyahu and Abbas later in the day. 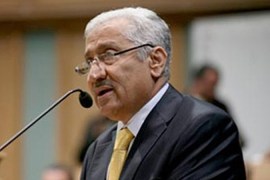 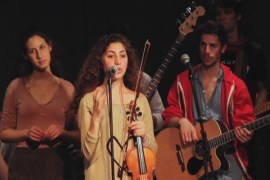 A group of young Arabs and Jews are trying to overcome political differences through music. 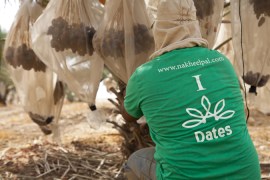 A lack of water because of Israeli restrictions and a system of checkpoints make it harder for farmers to prosper. 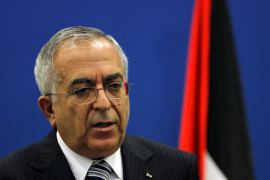 As Prime Minister Salam Fayyad quits after a feud with President Abbas, we ask how will it impact on the peace process.