A Tunisian man has died after police fired tear gas to disperse hundreds of supporters of the group Ansar al-Sharia who defied a government ban of the group’s annual.

Members of the Salafist group clashed with police in the Tunis suburb of Ettadhamen, and in the historic city of Kairouan, south of Tunis on Sunday. An annual congress for the group was due to take place there before it was banned on security grounds.

Moez Dahmani, a 27-year-old man participating in the protest was killed in the clashes with the police, said the state news agency.

At least 14 people were injured, including 11 policemen, the interior ministry said in a statement.

“During the protests, 11 members of the security forces were wounded, one of them seriously, and three protesters were also wounded,” it said, adding that one Islamist protester was also in serious condition.

Hundreds of Salafists erected barricades in the streets of Ettadhamen, a poor neighbourhood 15km west of Tunis, and hurled stones at police, who responded with tear gas, an AFP news agency journalist reported.

Journalist Farah Sanmti, speaking to Al Jazeera from Tunis, said that the group was supposed to get legal permission to hold their congress, which was according to the law of association.

“But they did not and they defied the government, and said they wanted to hold the congress without having legal permission,” she said.

“Right now it seems that the police have everything under control,” Sanmti told Al Jazeera.

“There were hundreds [of protesters] this morning, but right now I can only see a few groups hear and there. And I have heard the the prostest has moved to the neighbouring city.”

Meanwhile, Seifeddine Rais, the group’s spokesman, was arrested at dawn on Sunday as he went jogging in front of police, according to a police source, who described his behaviour as a “provocation”.

Rais had said last week that he expected more than 40,000 people to attend this year’s annual congress, which was planned for 1500 GMT.

Police have also been monitoring traffic along main highways, singling out private minibuses that ply between Tunisian towns for checks, with special attention paid to men with beards, as worn by Salafists.

Tunisia has been rocked by attacks blamed on Islamist fighters since the uprising that toppled longtime President Zine El Abidine Ben Ali, and Ansar al-Sharia is considered one of the most radical groups that emerged after the 2011 revolution.

The government has hardened its position towards the group in recent months, after the moderate Islamist party Ennahda was strongly criticised for being too lenient and failing to prevent a wave of violence around the country. 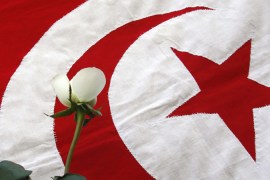 Interior ministry says annual congress would be in violation of law and represents threat to public order. 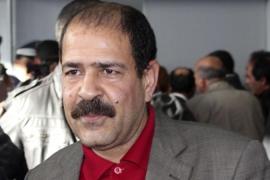 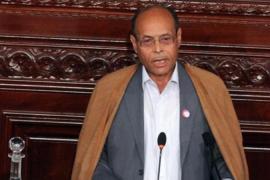 Nahda’s strategy shows political skill – for the first time – and a great deal of revision of past directions.