North Korea has test-fired a short-range missile off its east coast, its fourth in two days, despite pleas from South Korea and the UN chief to halt the launches at a time of high tensions.

The guided missile was fired into the East Sea (Sea of Japan) on Sunday afternoon, a defence ministry spokesman told AFP news agency without elaborating.

On Saturday the North fired three short-range missiles off its east coast, apparently as part of a military drill.

“North Korea fired a short-range missile as it did yesterday into its east sea in the afternoon,” South Korea’s news agency Yonhap reported on Sunday, citing a military official.

A South Korean defence ministry official confirmed the Yonhap report, but did not provide any details.

Launches by the North of short-range missiles are not uncommon but, after recent warnings from the communist state of impending nuclear war, such actions have raised concerns about the region’s security.

Tension on the Korean peninsula has subsided in the past month, having run high for several weeks after the United Nations Security Council imposed tougher sanctions against Pyongyang following its third nuclear test in February.

The North had for weeks issued nearly daily warnings of impending nuclear war with the South and the United States.

South Korea’s Unification Ministry criticised the missile tests as deplorable and urged the North to lower tensions and hold talks over a suspended inter-Korean industrial park in the North’s border city of Kaesong.

South Korea pulled out all of its workers from the industrial zone early this month after North Korea withdrew its 53,000 workers as tensions mounted. 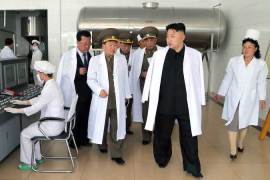 Two missiles fired in the morning, followed by another in the afternoon, according to South Korea’s defence ministry. 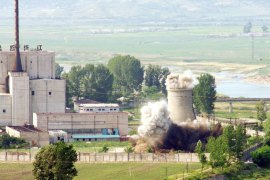 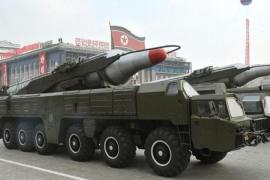 Pyongyang takes two Musudan missiles off launch-ready status and moves them from their position on the east coast.