International donors have pledged more than $4.22bn to help Mali recover after a conflict with al-Qaeda-linked fighters.

The sum exceeds the goals of Mali which had asked donors for $2.57bn for this year and next.

The donors’ conference, held on Wednesday in Brussels, was organised by French President Francois Hollande, along with Barroso and Dioncounda Traore, Mali’s interim president.

International delegations from 103 countries were expected to attend, including ten heads of state and government.

Officials in Mali have come up with a $5.58bn multifaceted plan for what EU officials are calling “a total relaunch of the country”.

The plan includes rebuilding government institutions and the military, staging elections in July, holding dialogues with rebels in the north, rebuilding roads and schools, reviving the moribund economy so that people get paid for working, and more.

“It has been confirmed to me that more than 3.25bn euros have been mobilised at this conference,” Hollande said in a speech to the donors’ conference in Brussels.

France and the EU led the drive for funding to rebuild Mali and halt a resurgence of al Qaeda-linked fighters who were driven out of the major northern towns by a French-led offensive.

Large pledges of money by the EU, France, the US, Britain and others brought the West African country over its goal to fill a funding gap in its plan to keep the peace and build infrastructure.

“A huge part of the plan is financed so it is very good news. We are really happy. It’s beyond our expectations quite frankly,” one EU official said.

Traore, standing beside Barroso after their meeting, said the country’s presidential vote would take place on July 28, after months of speculation about the date.

Traore also said that neither he nor any member of the transitional government would be a candidate for the presidency.

“And we want to give every opportunity to the people of Mali to have transparent open elections, honest, credible elections.”

A field of about a dozen candidates is expected to take part in the election, which faces significant logistical and security challenges.

Some critics have questioned how the vote can go forward when hundreds of thousands of Malians remain displaced.

Doucoure Marietou Diaby, associate country director for Oxfam, has warned that a focus on security issues at the expense of humanitarian aid will fail to resolve the country’s issues.

“We believe that the security approach is not a panacea. We must support the country by providing immediate resources for a humanitarian response,” she said.

“As you know, there are still areas in the country facing a food crisis since two years.”

Armed groups have launched a series of suicide bombings across the north, raising fears for the safety of the vote, which will take place more than a year after a coup toppled the previous government. 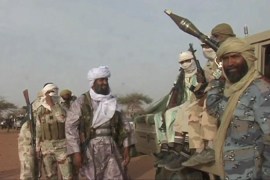 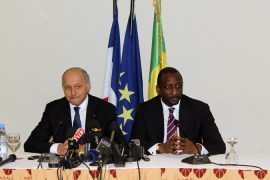 Can the UN keep the peace and pacify a resurgent rebellion as France’s mission draws down? 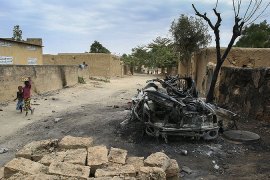 Tuareg group clueless about what to do with suspected Ansar al-Dine fighters they are holding in a makeshift prison. 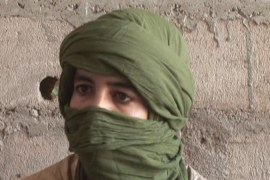