A Bahraini court has sentenced six Twitter users to one year in prison for allegedly insulting King Hamad bin Isa Al Khalifa, according to the public prosecutor’s office.

The six were charged by the lower criminal court with “misusing the right of free expression,” the government statement, which was posted online, said on Wednesday.

The six Twitter users were accused of writing remarks “undermining the values and traditions of Bahrain’s society towards the king on Twitter”, according to the statement, which did not identify the people who were accused.

Activists in Bahrain, the scene of an uprising that began two years ago against the ruling monarchy, use Twitter as a platform to report what they describe as regime “violations” against them.

Nabil Rajab, a prominent activist who heads the Bahrain Centre for Human Rights, has been in custody since June 6 on charges of insulting members of the majority Sunni community via Twitter.

Another blogger, opposition activist Ali Abdulemam, has surfaced in London recently, after two years in hiding. He had been sentenced to 15 years in prison in absentia, but managed to escape the island kingdom.

A total of 80 people have been killed in Bahrain since the protests erupted in February 2011, according to the International Federation for Human Rights.

Strategically located just across the Gulf from Iran, Bahrain is home base to the US Navy’s Fifth Fleet and is also a major offshore financial and services centre for its Arab neighbours in the oil-rich Gulf. 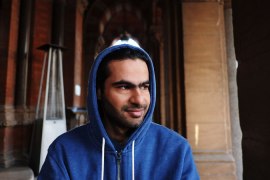 Opposition activist Ali Abdulemam, sentenced to 15 years in absentia, has reemerged after two years in hiding. 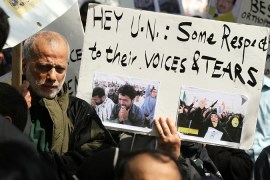 Many opponents of the island nation’s ruling family fear retribution and are claiming asylum in Europe.