A massive explosion at a fertiliser plant near Waco in the US state of Texas has killed between five and 15 people and wounded more than 100 others, police say.

The blast on Wednesday night ripped through the West Fertilizer Company plant and destroyed numerous buildings including a school and nursing home, authorities said.

Officials have refrained from divulging casualty figures, but said the death toll was expected to rise as search teams combed through the rubble of the fertiliser plant and surrounding homes.

Al Jazeera’s Tom Ackerman, reporting from Washington DC, said authorities were still conducting house-to-house searches and that the number of fatalities would not be established until after daylight.

“The main concern right now is that wind gusts will have changed directions and that possibility of ammonia and other kinds of toxic fumes will endanger people in the other half of the town which has not yet been evacuated,” he said.

West Mayor Tommy Muska told Reuters that five or six volunteer firefighters who were among the first on the scene in the blast zone were unaccounted for.

He added that all the residents have been evacuated and are in safe locations.

Dean Wilson, a spokesman for the Texas Department of Public Safety, said 50 to 75 houses were damaged by the explosion and a fire that followed, and that a nearby 50-unit apartment complex had been reduced to “a skeleton standing up”.

He said it would be some time before authorities know the full extent of the loss of life and damage caused by Wednesday night’s blast at the plant in the town of West, about 30km north of Waco.

A nearby nursing home had collapsed from the explosion and people were believed trapped inside, Wilson said.

Rescue workers were trying to evacuate people from homes near the plant. Local police said the fire was still smoldering, preventing firefighters from carrying out their work.

Jason Shelton, a father-of-two who lives less than 2km from the plant, said he heard fire trucks heading towards the facility five minutes before the explosion.

He said he felt the concussion from the blast as he stood on his front porch.

“My windows started rattling and my kids screaming,” Shelton told Reuters. “The screen door hit me in the forehead … and all the screens blew off my windows.”

Tommy Muska, West’s mayor, said buildings in a five-block radius from the plant were severely damaged by the explosion.

“We are seeing a lot of lacerations and orthopaedic-type injuries … things you would expect in an explosion,” said David Argueta, vice president of hospital operations.

He said nine people suffering burns had been transferred to the Parkland Hospital in Dallas. A third hospital, Providence Health Center, reported receiving more than 30 patients from the disaster.

A senior official said the nursing home and much of the centre of town had been evacuated, and that residences near the explosion had been levelled.

The air in town remained thick with smoke more than two hours after the explosion, and the area around the blast site was littered with shards of wood, bricks and glass. 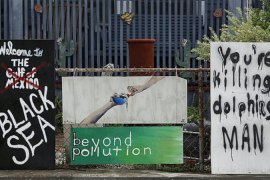 Toxic contamination of the Gulf environment

In pictures: Residents, fishermen and scientists believe that living on the coast is hazardous to their health. 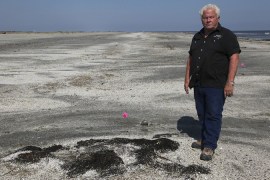 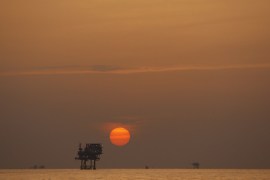 Has safety improved since the BP oil spill?

Two years on, we ask if oil companies can be relied upon to regulate their own standards or if legislation is necessary.