A fuel tanker has exploded after colliding with a bus filled with passengers on a highway in southern Nigeria, killing at least 36 people, according to an official.

The accident late on Friday led to an inferno that engulfed nearby structures and cars.

“Thirty-six deaths [are] confirmed” from the accident on the Benin-Ore highway at Igbogui village in Edo state, Jonas Agwu, a spokesman for the Federal Road Safety Commission, told the AFP news agency.

He said the dead included 30 passengers from the bus. Four people from the tanker died, as well as two children who were at a nearby garage, Agwu said.

Three people were rescued, he said.

Agwu said that fire which erupted from the accident quickly “spread to a nearby mechanic workshop where eight other vehicles got burnt. A nearby local market also got burnt.”

The highway links Nigeria’s commercial capital Lagos with eastern and southern states of the country.

Nigeria, Africa’s most populous nation, has one of the worst road accident records in Africa, with poor highways, badly maintained vehicles and reckless driving conspiring to kill thousands every year.

Eighteen people were killed and nine others seriously injured Wednesday when their bus veered off its lane and collided with another bus along a highway linking the capital Abuja to the central city of Lokoja, officials said.

Fuel tankers have been particularly hazardous, with residents sometimes rushing to the scene to scoop up spilled petrol and then failing to escape in time when fires ignite.

In July last year, more than 100 people who rushed to collect fuel after a petrol tanker tipped over in southern Rivers state were burned to death when the vehicle and pools of spilled oil caught fire.

Nigeria is Africa’s largest oil producer, but corruption and mismanagement have robbed the country of large amounts of its vast oil revenue and kept infrastructure poorly maintained.

Nigeria has recently sought to revive rail transport partly in a bid to relieve pressure on roads, but the service remains limited. 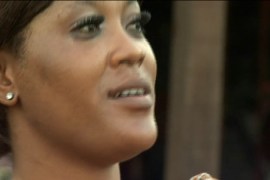 More than 70 percent of Nigerian women admit use of whitening products, more than any other nation. 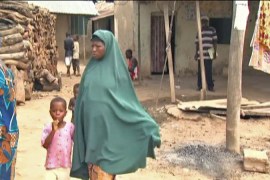 Poverty and poor education lead to one in 13 women dying in childbirth, the world’s second highest rate. 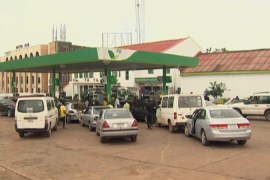 Government determined to get back $1bn paid to oil companies which failed to deliver imported fuel.