March was the bloodiest month yet in Syria’s two-year-old conflict with more than 6,000 documented deaths, an activist group has said, blaming the increase on heavier shelling and more violent clashes.

Rami Abdul-Rahman, who heads the UK-based Syrian Observatory for Human Rights, said the toll was likely incomplete because both the Syrian army and the rebel groups fighting government forces often underreport deaths.

“Both sides are hiding information,” he said on Monday. “It is very difficult to get correct info on the fighters because they don’t want the information to hurt morale.”

The United Nations said in January that more than 70,000 people have been killed in Syria since March 2011.

As fighting continued on Monday, fresh battles broke out in the Sheikh Maqsud district of Aleppo, Syria’s largest city. Rebels had claimed a major advance in the predominantly Kurdish neighbourhood a day earlier.

Elsewhere, a blast caused by an explosive device hit the Rukn al-Din district in northern Damascus. Shelling was reported in several suburbs of the capital as well as in rebel-held districts of the central city of Homs.

The increasing number of casualties is partly caused by rebels launching offensives outside the major cities, including an effort in recent weeks to seize towns and army bases in the southern province of Deraa, largely with the help of an influx of foreign-funded weapons.

Among the 6,005 people the Observatory said were killed in March, 2,074 were listed as rebel fighters and more than 2,000 as civilians.

There were also hundreds of unidentified civilians and fighters, some of them foreigners fighting with the rebels, among the dead, the Observatory said.

The group uses reports from the field and footage of bodies to document fatalities. It also works to record the victims’ names, though Abdel Rahman admits that is not always possible.

The Syrian government does not release numbers of soldiers killed in the conflict. 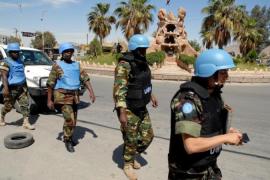 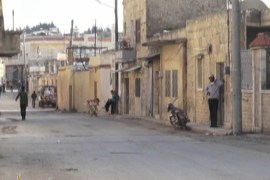 In town of Yacoubiyah, from which many of the community have fled, the main fear is lack of authority on the ground. 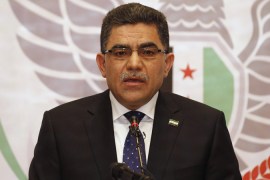 Syria: Governing in a war zone

Will Ghassan Hitto, the new interim prime minister for the Syrian opposition, be able to unify rebel-held areas? 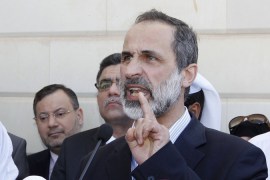