“Today’s main focus is to reduce violence. Today we will focus on building mutual trust and good relations,” Paradorn told reporters in the Malaysian capital of Kuala Lumpur, where the meeting was being held.

Five other soldiers were also wounded in the ambush.

Authorities say the attack took place in a village that is home to a key leader of the Muslim separatist group taking part in talks with the Thai government.

“We suspect this was the work of local militants who want to discredit the peace talks under way in Kuala Lumpur,” Udomchai said.

The husband and wife were shot in Tak Bai district, where in 2004 more than 80  Muslim men died in a confrontation with security forces.

“That kind of underscores the difficulty of these talks,” Al Jazeera’s Florence Looi, reporting from Kuala Lumpur, said.

More than 5,300 people have been killed in the conflict in the majority-Muslim provinces in Thailand, which are under emergency law.

Rebels have carried out shootings and bombings on monks, teachers and village officials as symbols of the majority-Buddhist state.

In the past, Thailand and Malaysia have attempted, but eventually failed, to broker talks with the rebels.

“Analysts predict it will take many years before peace can be achieved in southern Thailand,” Looi said. “It will be a long and arduous road. But many agree that Thursday’s dialogue is a crucial first step”. 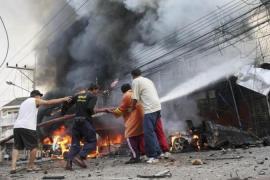 Discussions to end unrest in Thailand’s Muslim-majority provinces start Thursday, but success could be a long way off. 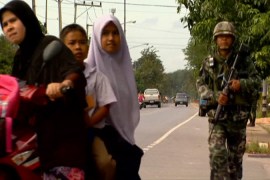 Thailand gears up for peace talks

As the country prepares for peace talks, there is concern the talks may provoke more violence. 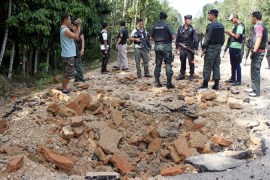