North Korea has put its military on combat-ready status, with “strategic” rocket units ordered to prepare for possible strikes against the US mainland, Hawaii and Guam, state media reported.

The order, issued in a statement from the North’s military “supreme command”, marks the latest fiery rhetoric from Pyongyang since the start of joint military drills by US and South Korean forces early this month.

“The Korea People’s Army top command declares that all artillery troops including strategic rocket units and long-range artillery units are to be placed under class-A combat readiness,” the Korean Central News Agency said on Tuesday.

Despite a successful long-range rocket launch in December, most experts believe North Korea is years from developing a genuine inter-continental ballistic missile that could strike the continental United States.

Hawaii and Guam would also be outside the range of its medium-range missiles, which would be capable, however, of striking US military bases in South Korea and Japan.

No signs of buildup

South Korea’s defence ministry said it had detected no signs of unusual activity by the North’s military but will monitor the situation. The South and the US military are conducting drills until the end of April, which they have stressed are strictly defensive in nature.

The announcement came days after the South Korean and US militaries signed a new pact providing for a joint military response to even low-level provocative action by North Korea.

While existing agreements provide for US engagement in the event of a full-scale conflict, the new protocol addresses the response to a limited provocation such as an isolated incident of cross-border shelling.

It guarantees US support for any South Korean retaliation and allows Seoul to request any additional US military force it deems necessary.

Hong Lei, a spokesman for the Chinese foreign ministry, called for restraint shortly after North Korea issued the threat. 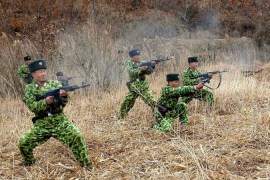 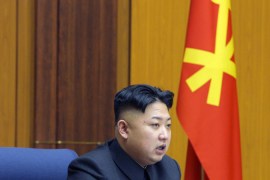 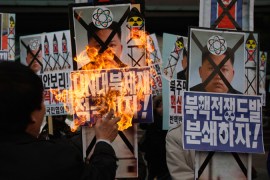 Washington calls for swift and credible action by the international community after Pyongyang confirms underground test.