“Following the recent events in the Central African Republic, president Francois Bozize sought refuge in Cameroon, where he currently is while awaiting his departure to another host country,” a statement read out on Monday over national radio said.

The latest developments over Bozize’s whereabouts come as South Africa’s President Jacob Zuma said that 13 South African troops were killed in clashes with the Seleka rebels on the outskirts of Bangui.

Zuma said on Monday that 27 South African soldiers were also injured and one soldier still unaccounted for, in intense fighting in the Central African Republic that has escalated since Saturday.

“Accordingly, we are deeply saddened by the events and developments in that country over the past 72 hours which saw violence escalating and many innocent lives lost,” Zuma said.

The announcement raised questions about the future role of South Africa’s 200-soldier contingent it sent to Central African Republic in January to support the government troops after the rebels launched an offensive in early December.

Al Jazeera’s Nazanine Moshiri, reporting from Nairobi, said that a curfew had now been implemented and that Salaka rebels were meeting at a local hotel in the capital.

Late on Sunday, the leader of the rebels who took over the capital declared himself president and pledged to keep a power-sharing government in place in compliance with a January peace deal.

A spokesperson for the Seleka rebels announced Michel Djotodia’s claim a day after the rebels toppled the President Francois Bozize.

“The current prime minister remains in place and the cabinet will be slightly reshuffled,” said Eric Massi, the spokesperson.

Looting and gunfire had earlier been reported across many parts of Bangui after rebels seized the presidential palace there on Saturday. 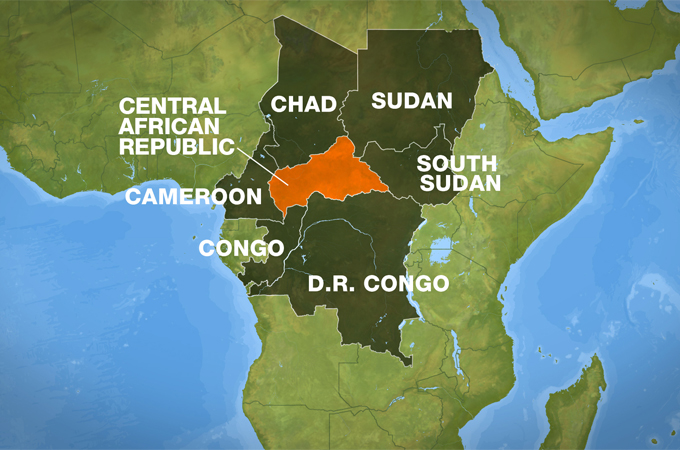 She added that the looting was done by “a combination of armed elements” as well as neighbourhood residents targeting houses in the diplomatic community.

The office of UN Secretary-General Ban Ki-moon issued a statement on Monday, saying “he is deeply concerned by reports of serious violations of human rights”, underscoring that those “responsible for committing such violations will be held accountable”.

France, which already has about 250 soldiers stationed in the Central African Republic, sent in another company of 150 troops to secure Bangui’s international airport, a diplomatic source said. 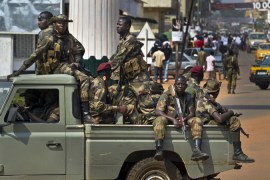 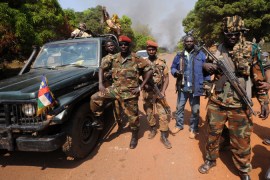 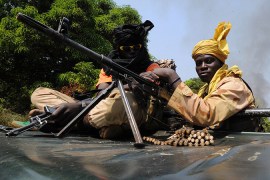 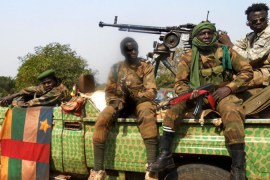