The trial of 94 activists accused of plotting to overthrow the the government of the United Arab Emirates (UAE) has begun amid tight security.

Witnesses said about 200 relatives were bussed to the court in Abu Dhabi for the trial on Monday as other rights activists and foreign reporters were barred from the court.

Salem Kobaish, the UAE attorney-general, said last month the defendants would go on trial for “having created and led a movement aimed at opposing the basic foundations on which the state’s political system is built and at seizing power”.

Kobaish has accused the group of forming a “secret organisation” in contact with individuals and organisations abroad.

He said they had also created or invested in property companies to finance their organisation.

The emirate says all of the accused have connections to Al-Islah, which has links to the Muslim Brotherhood.

Several relatives waiting to be transported to the hearing said the charges were baseless and that their family members had no links to the Brotherhood, the website of Britain’s Guardian newspaper reported.

The relatives, including Khalid al-Roken, whose brother and nephew were among those on trial, said their relatives only wanted to see greater democracy in the UAE.

“They were meeting in houses so that means they have secret organisations arranging for a coup? All people have gatherings in their houses,” al-Roken said, according to the Guardian.

“Where does that constitute a threat to the government?”

Others said it was “unfair” it had taken authorities months to charge the suspects, the British publication reported.

She said she feared a “mockery of justice” as the accused men and women prepared to go on trial on Monday.

“It appears that UAE authorities will drag scores of citizens through a shamelessly unfair judicial process that makes a mockery of justice,” she said.

The New York-based watchdog believes the judicial process “raises serious fair trial concerns, including limited
access to lawyers and withholding of key documents concerning the charges and evidence against them”.

The defendants appeared in the Federal Supreme Court in Abu Dhabi, which acts as state security court.

“The decision to prosecute the case before the Federal Supreme Court under state security procedures deprives those being tried of the right to appeal,” Whitson said.

“Defence lawyers cannot possibly defend their clients adequately without seeing the documents setting out the evidence against them.”

The suspects were arrested from March to December last year.

They include human rights lawyers Mohammed al-Roken and Mohammed al-Mansoori. At least 10 of the accused are women, according to the HRW.

Two relatives of each male defendant and one family member of each female defendant will be allowed to attend the hearing, HRW said. 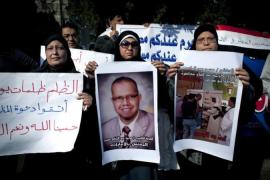 UAE to try 94 over ‘plot to seize power’

Authorities say the suspects were secretly plotting to seize power in the Gulf state. 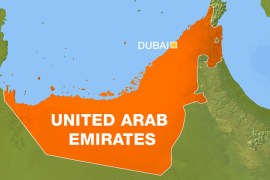 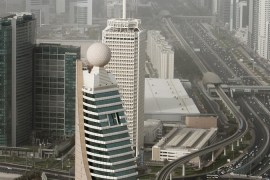 The new law makes some online behaviour a criminal offense punishable by imprisonment.