Tunisia faces a general strike with tens of thousands expected to take to the streets after the murder this week of a leftist opposition leader sparked violent clashes with police.

The General Union of Tunisian Workers (UGTT) called the strike to coincide with the funeral of Shokri Belaid, a lawyer and vocal critic of the ruling Ennahda party who was shot dead outside his home on Wednesday by a lone gunman.

The strike call from Tunisia’s most powerful trade union comes after the murder triggered demonstrations in both the capital, Tunis, and the central mining region of Gafsa, amid a deepening political crisis.

Al Jazeera’s Hashem Ahelbarra, reporting from Tunis, said, “There is tension here across the country, we’re talking about three major events taking place today: the funeral of assassinated opposition leader Shokria Belaid, the general strike which is likely to paralyse the country and rallies of both anti- and pro-government protesters across the country.”

Belaid will be buried after weekly prayers in the Muslim country, where a long-established secular tradition has been countered by the rise of one of the region’s most powerful Islamist parties.

“The growing rift between religious and secular parties is creating political deadlock,” Ahelbarra said. “All the pressing issues like the drafting of a new constitution and setting a final date for the elections are likely to be delayed until a deal is reached.

“People are concerned that Tunisia could plunge back into violence and anarchy.”

The police and army have been put on alert to prevent any outbreaks of violence and to “deal with any troublemakers”, the presidential spokesman Adnan Mancer announced late on Thursday.

The strike comes on the back of Ennahda rejecting Prime Minister Hamdi Jebali’s proposal to dissolve the government and install a cabinet of technocrats in a bid to restore calm after Shokri’s assassination.

“The seculars are concerned, saying that Ennahda should not build an autocratic system, while the party says they have entered a coalition with seculars. But the problem is not everyone here buys into that rhetoric,” Ahelbarra reported.

“They are calling for Ennahda to dissolve the government and install a technocratic system otherwise they will continue to fight.”

The US has urged Tunisian leaders to come together to resolve the tensions and called for calm.

“It won’t resolve the issues that Tunisians face, and it’s not an appropriate response to murder. It’s only going to bring more violence.”

As the protests intensified, four Tunisian opposition groups, including the Popular Front, of which the Belaid’s Democratic Patriots is a component, announced they were pulling out of the national assembly.

Moncef Marzouki, the Tunisian president, cut short a visit to France and said he would fight those who opposed the political transition in his country.

The assassination comes as Tunisia is struggling to maintain stability and revive its economy after its longtime leader was overthrown in an uprising two years ago.

No one has claimed responsibility for the killing of Belaid, who had accused authorities of not doing enough to stop violence by ultraconservatives who have targeted mausoleums, art exhibits and other things seen as out of keeping with their strict interpretation of Islam. 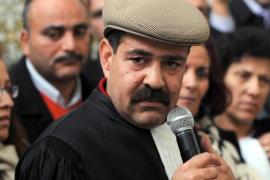 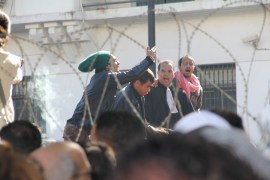 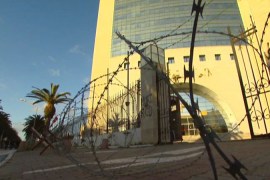 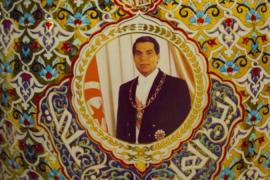