The Syrian conflict has reached “unprecedented levels of horror”, Lakhdar Brahimi, the UN-Arab League envoy to Syria, has said in remarks that came just hours after dozens of people were found shot dead in Aleppo city in what is being called a “new massacre”.

He told the UN Security Council on Tuesday that it must now act to halt the carnage, epitomised in the latest instance by the nearly 70 young men and boys, each killed with a single bullet and dumped in a river in the conflict-wracked northern city.

The London-based Syrian Observatory for Human Rights said at least 65 bodies were found in the Quweiq River, which separates the Bustan al-Qasr district from Ansari in the southwest of the city, but that the toll could rise significantly.

Syrian rebels have blamed President Bashar al-Assad’s government for the killings, but state media said an opposition faction was to blame.

“The country is breaking up before everyone’s eyes,” Brahimi was quoted as saying by diplomats inside the closed-door meeting.

He told the Security Council that “Syria is being destroyed bit by bit” and his mediation effort cannot go forward unless the council unites to push the Syrian government and opposition forces toward some compromise.

An additional $500m will be sought to finance humanitarian work for about four million Syrians inside their country.

Kuwait’s Emir Sheikh Sabah al-Ahmad Al Sabah inaugurated the conference with a pledge of $300m in aid for Syrians.

Saudi Arabia and the United Arab Emirates have each pledged $300m to the aid effort.

“The situation in Syria is catastrophic,” the UN chief said as he urged all parties to the conflict to “stop the killings”.

US ambassador to Syria Robert Ford spoke to Al Jazeera on the need for humanitarian assistance in Syria.

“We think that UN plays an absolutely vital role in terms of reaching people in parts of Syria. But it’s not enough. There have to be operations to get aid into Syria from neighbouring states and as well better access for UN and its partners inside Syria,” he said.

It was not clear whether Brahimi’s latest report, which diplomats said was his bleakest since his appointment last year, would persuade Russia to agree to support concrete UN steps to try to halt the bloodshed.

The Security Council has been divided over Syria for months, with the US, Britain, France and other Western powers backing the armed opposition and pushing for resolutions that raised the threat of sanctions.

Russia, along with China, has vetoed three Western-drafted resolutions in the past.

Brahimi said the principles of a political transition in Syria, agreed to at talks among major world and regional powers in Geneva in June last year, could form the basis for a Security Council plan of action.

He suggested that attempts to end the 22-month-old conflict, which has claimed more than 60,000 lives according to UN figures, had not progressed in the last two months.

Diplomats said Brahimi has grown extremely frustrated at the inability of the Security Council to unite behind him. His predecessor Kofi Annan, the former UN secretary-general, voiced similar frustration when he resigned in August.

Meanwhile, rebels say they have captured a government intelligence office in the eastern city of Deir Az-Zor.

Opposition fighters also claimed to have taken over several checkpoints in the city and destroyed military vehicles. 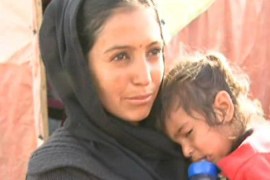 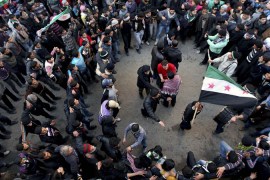 Who supports who in Syria?

We look at how support for the regime and the rebels has ebbed and flowed and how it is impacting the battle for Syria. 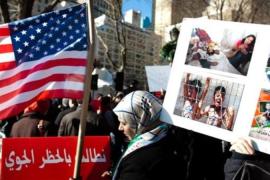 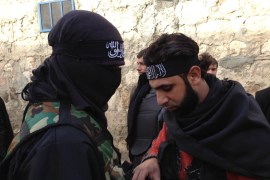