More than a million Jordanians voted on Wednesday in a parliamentary election that was boycotted by the Muslim Brotherhood and several other opposition parties, which argued that the electoral system was rigged in favour of the monarchy.

He said the final percentage may be slightly higher after the data is fed to a nationwide computer system.

The new legislature will have the power to choose the prime minister, one of a series of reforms that King Abdullah II has undertaken over the past two years to try to keep the lid on rising anger at home as political turmoil has swept across the Middle East.

The reforms also make the elected legislature responsible for much of the nation’s day-to-day affairs, and allow for greater freedom of opinion and assembly.

Foreign policy and security matters, however, remain in the king’s hands. Critics dismissed the vote as little more than a political ploy, and argue that the monarchy will still retain its absolute powers.

David Martin, the European Union’s chief election observer, said voting got off to a relatively smooth start, with only one or two insignificant violations of rules due to campaigning outside polling stations, and “no intimidation or harassment of voters.”

Prime minister Abdullah Ensour, who is expected to tender his resignation to the king shortly after the vote, called the election a “stepping stone, or a station, on the path of more vigorous, serious, real and genuine reforms.”

“More democracy is coming,” he told reporters as he cast his ballot in his northwestern hometown of Salt.

But government critics, led by the Brotherhood, say the king’s moves do not go far enough or fast enough to end his monopoly on power.

“The parliament being elected has no colour or taste in the absence of the opposition,” said Zaki Bani Irsheid, a leading member of the Islamic Action Front, the Brotherhood’s political arm. A statement by the Brotherhood’s youth wing described the elections as a “funeral for our national democracy.”

But the Brotherhood has been unable to tap into growing public anger over Jordan’s economic malaise, rising prices and corruption, in large part because of the deep distrust many Jordanians hold for the group.

Some in Jordan have warily watched the rise to power of the Brotherhood in Egypt and fear the group could grab power in Jordan and throw it into instability.

The mixed mood in Jordan was apparent on Wednesday as citizens cast their ballots.

At one polling station at an Amman high school, Madallah Hamid, a 50-year-old government employee, said he was voting because he trusted the king’s liberalization moves.

“You don’t just press a button and suddenly you have reform and democracy,” Hamid said. “It’s a process and I have confidence in the king’s approach.”

But outside another polling station across town, convenience store clerk Mohammed Abu-Summaqa, 21, said he would not cast his ballot at all.

“Deputies will not be able to do anything for us because they are controlled by the king and Cabinet, so why should I vote?” he asked. 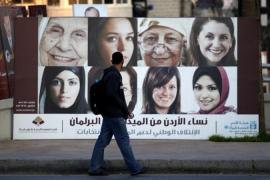 Encouraged by uprisings in neighbouring countries, Jordanians have taken to the streets to demand political reforms.

A neo-Islamist group hopes to bring the rain and reinvigorate the Arab Spring in Jordan. 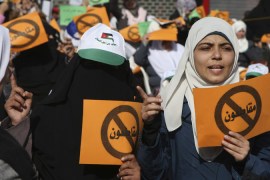 Protesters reject “cosmetic elections” and demand King Abdullah II cede some of his powers as part of reforms. 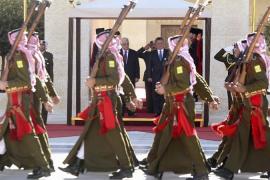 In Jordan, the show must go on

Despite protests, including ones calling for his downfall, King Abdullah says to press forth with polls