A total of 37 foreign hostages from eight different countries, along with 11 Algerian workers, were killed in last week’s attack on a gas facility in southern Algeria, the Algerian prime minister has said.

Among hostages confirmed dead by their own governments were three Americans, seven Japanese, six Filipinos and three Britons; others from Britain, Norway and elsewhere were listed as unaccounted for.

Seven of the victims still have not been identified, and five other foreign workers are missing, Abdelmalik Sellal said, adding that a total of 25 hostages were found alive, and were still being identified.

He also said the 29 fighters who carried out the attack had arrived from neighbouring Mali, where French and African troops are fighting several armed groups in the north.

The attackers placed explosives in a gas pipe at the facility, Sellal said, in an effort to blow it up. He said they initially planned to hijack a bus carrying foreign workers to a nearby airport and take them hostage.

“They started firing at the bus and received a severe response from the soldiers guarding the bus,” Sellal said.

“They failed to achieve their objective, which was to kidnap foreign workers.”

Sellal’s remarks were the first detailed account of the attack from the Algerian government.

Thirty-two kidnappers were killed during the crisis and the army freed 685 Algerian workers and 107 foreigners, the Algerian interior ministry said on Sunday.

Jean-Yves Le Drian, the French defence minister, described the incident as an “act of war” because of the large number of hostages involved.

The one-eyed mastermind of the hostage-taking, Mokhtar Belmokhtar, said in a video posted online that it was carried out by 40 fighters from the Muslim world and “European countries”.

His al-Qaeda-linked group, Signatories in Blood, threatened to stage attacks on nations involved in the French-led operation to evict Islamists from Algeria’s neighbour Mali, and said it had been open to negotiations.

“But the Algerian army did not respond … preferring to stage an attack which led to the elimination of the hostages,” it said in a message published by the Mauritanian news agency ANI.

Most hostages were freed on Thursday in the first Algerian rescue operation, which was initially viewed by foreign governments as hasty, before the focus of public condemnation turned on the hostage-takers.

The plant is run by Britain’s BP, Norway’s Statoil and Sonatrach of Algeria.

An Algerian employee of BP who identified himself as Abdelkader said he was at a security post on Wednesday with colleagues when he saw a jeep with seven people inside smash through the barrier and screech to a halt.

One of the fighters demanded their mobile phones and ordered them not to move, before disabling the security cameras.

“He said: ‘You are Algerians and Muslims, you have nothing to fear. We’re looking for Christians, who kill our brothers in Mali and Afghanistan and plunder our resources’.” 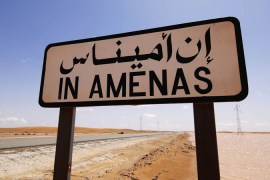 We examine whether the government was right to take such swift action without consulting the international community. 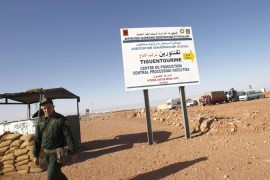 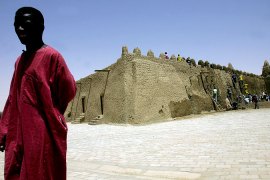 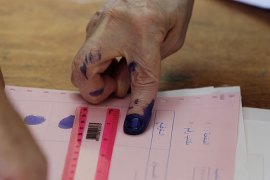