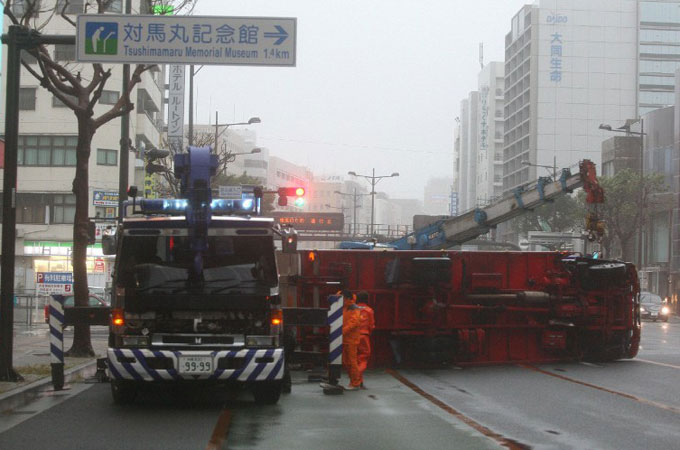 Despite being downgraded to a tropical storm, former typhoon, Jelawat continues its sweep of the western Pacific, unleashing huge amounts of rain across the southern islands of Japan.

Jelawat has affected the weather pattern across much of the western Pacific since it began life as a tropical depression. As it developed and strengthened into a tropical storm around 20 September, it was centred to the east of the Philippines.

Feeding off the warm waters of the Philippine Sea, it intensified to reach super typhoon status, with sustained winds of 240kph.

Despite remaining to the east of the Philippines, it tended to draw warm moist air in from the South China Sea. The result was that many locations, even in western areas, recorded half a month’s rainfall in just 24 hours.

As Jelawat barrelled northwards it merely flicked past Taiwan before unleashing its strongest winds and heaviest rain across the Ryuku Islands of Japan. Many of these islands were hit with winds of 230 kph and rainfall totals of between 200 and 300mm.

Okinawa was one such island. Despite a recorded wind speed at the American Air Force base of 290 kph there was only one reported fatality and less than 60 injuries – testament to the island’s efficient disaster management.

The islanders have had plenty of practice in dealing with such events – Jelawat is the fourth typhoon to hit the islands since August, having been preceded by Sanba, Bolaven and Haikui.

Cooler ocean waters and wind shear in the upper atmosphere are now beginning to disperse Jelawat’s energy but at one stage this mightly storm extended from Luzon in the south to Kyushu in the north, a distance of around 1,800 kilometres and the weather across a huge swathe of eastern Asia was affected.

A final ‘sting in the tail’ may occur across Honshu, where there is a significant risk of landslides in the southwest of the island from the heavy rain which is predicted to fall.