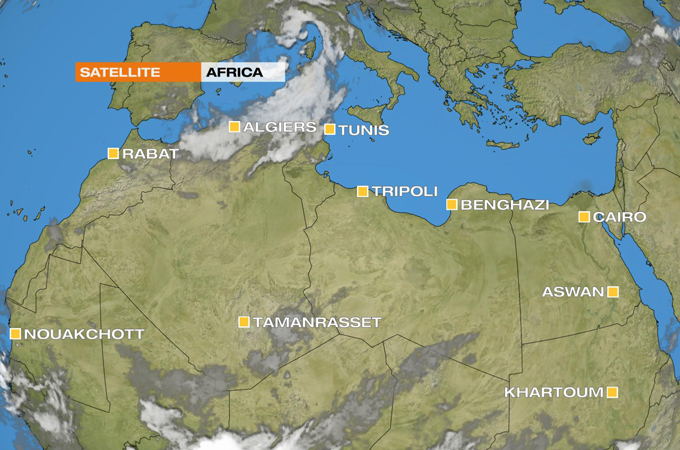 Stormy weather caused chaos in Algeria this weekend. There was widespread damage as violent storms swept across the northeast of the country, killing 20 people and injuring 56.

Nine people died towards the north of the country when torrential rain and high winds hit the regions of Tebessa, Tlemcen and M’sila. Another person was killed by a lightning strike in the Blida region to the south of Algiers.

The emergency services were called out in several areas to rescue people from flooded homes as the storms raged for nearly three days over 22 of the country’s 48 districts. Hundreds of homes were inundated in the process.

The northeast of the country was worst affected with Jijel Achouat airport recording 108mm of rain on Saturday alone. They managed to amass a total of 227mm of rain in two and a half days, from Friday afternoon to the end of Sunday.

The storm, a deep area of low pressure, developed in the western side of the Mediterranean Sea late last week. It brought heavy rains to the French Riviera and the southeastern fringes of Spain.

In the process, strong northerly winds also fanned the wildfires that broke out in Marbella along the Costa del Sol on Saturday. Those winds are being drawn out of the hot, dry Spanish interior.

The storm system is now easing eastwards and choppy waters will remain an issue across the Western side of the Mediterranean, but it is not all bad news. As the low pressure region drifts across Italy and the Adriatic Sea, it should help to dampen the forest fires that have been burning in the northwest and south of Bosnia, where a state of emergency has been declared.