Iran has blocked access to Google’s popular Gmail service amid first steps by Tehran to establish a walled-off national intranet separate from the worldwide Internet.

Web users in Iran also found on Monday that access to Google’s search page was restricted to its unsecured version.

The curbs were announced in a mobile phone text message that was sent out after a government deputy minister announced on state television on Sunday that Google and its email service would be blocked “within a few hours”.

Google’s own website tracking country-by-country access to its services did not immediately reflect the blocks, but several residents in Tehran told the AFP news agency they were unable to login into their Gmail accounts.

The move is not the first time that Iranian authorities have cut access to Google and Gmail, which was temporarily blocked in February ahead of March parliamentary elections.

Google’s popular YouTube video-sharing site has been continuously censored since mid-2009, following protests and opposition claims of vote fraud in the wake of the elections that returned President Mahmoud Ahmadinejad to power.

Other social networking sites, such as Facebook and Twitter, and any site declared offensive or criminal, are also routinely blocked.

Speaking on Sunday, Ali Hakim-Javadi, deputy communications and technology minister, was quoted by the Mehr news agency as saying: “In recent days, all governmental agencies and offices have been connected to the national information network.

The second phase of the plan would be to connect ordinary Iranians to the national network, he said.

The announcement has stoked fears in Iran that the new intranet would supplant the internet altogether, claims which officials have denied.

“The establishment of the ‘National Internet’ will not cut access to the Internet,” Mohammad Soleimai, a politician heading a parliamentary communication committe, was quoted as saying last week by the Iranian Students’ News Agency.

“Cutting access to the internet is not possible at all, because it would amount to imposing sanctions on ourselves, which would not be logical. However, the filtering will remain in place.”

Iran’s economy is currently suffering under Western sanctions over its nuclear programme that have cut oil exports and made trade more difficult. 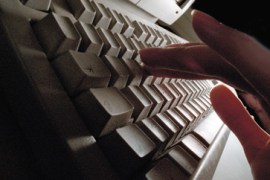 Experts say legislation could be used to monitor users of cyberspace. 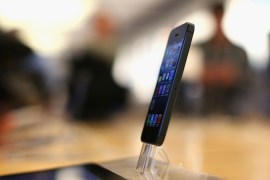 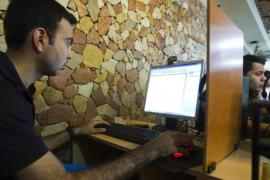 Officials say service will bypass internet and improve security, but critics see it as curb on the flow of information.