International bodies including the United Nations and the African Union have urged Sudan and South Sudan to reach a comprehensive agreement at a summit of its leaders being held in Ethiopia.

The two countries have taken a step towards a border security agreement that will allow oil exports to resume, officials said on Saturday, paving the way for their leaders to sign a deal to end hostilities.

Sudan’s President Omar al-Bashir and his southern counterpart Salva Kiir are expected to work out the border agreement during the summit in Addis Ababa on Sunday, in an effort to meet the deadline set by the UN Security Council.

The neighbours reached an interim deal in August to revive southern oil exports that must transit the north to reach Red
Sea ports. But Sudan has insisted on first reaching a security accord – something which both parties have been unable to agree during two weeks of talks.

Hours before the UN deadline expired, Sudan’s delegation said it had conditionally accepted a proposal by the AU, already agreed by South Sudan, to create a demilitarised zone along the entire border. It had previously objected to the zone running through a more than 22km long strip of grazing land.

“There is a proposal to accept this sector of the map with some special arrangements, military and administrative arrangements,” Badr el-Din Abdallah, spokesperson for the Sudanese delegation, told reporters in Addis Ababa.

Ban Ki-moon, the UN secretary general, said in a statement that Bashir and Kiir must put aside differences over oil and borders at their summit and create “a new era of peace, cooperation and mutual development for the two countries and their people”.

Friday’s statement followed Thursday’s call by the Security Council for an urgent agreement on the demilitarised border zone.

“He would like to encourage both presidents… to reach agreement on the outstanding issues in the post-secession relations between their two countries.” The AU has been mediating in the talks between the two countries.

Catherine Ashton , the European Union’s top diplomat, welcomed news of the Addis Ababa meeting and urged “both governments to conclude a comprehensive agreement on all outstanding issues”.

In a statement on Friday, she said the two neighbours had already made significant progress, notably on oil and security issues.

“It is now for the two governments to build on the progress achieved,” she said.

Susan Rice, the US ambassador to the UN, has said that Sudan’s refusal to accept an AU map demarcating the border with South Sudan could lead to the resumption of “outright conflict”.

The UN also ordered the settlement of unresolved issues under AU mediation.

A previous round of talks in early August led to a breakthrough deal on export fees: landlocked Juba will pay the fees to Khartoum to ship its oil through northern pipelines. The details, however, still need to be finalised.

At independence, South Sudan took with it two-thirds of the region’s oil, though processing and export facilities remained in the North.

In January, the South shut off oil production – damaging the economies of both countries – after accusing Sudan of stealing its oil.

Officials have said that even once a final deal is reached on oil, it could then take from three to six months before exports could resume. 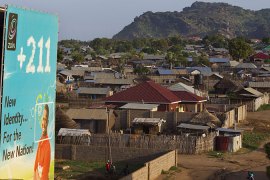 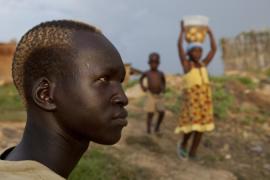 Rare sense of hope surrounds new dialogue between African rivals, while economic situation for both states is dire. 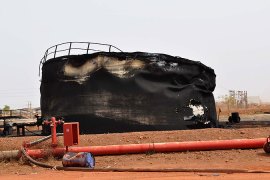 Leaders of two Sudans are said to be close to a border security deal that will allow crucial oil exports to resume.