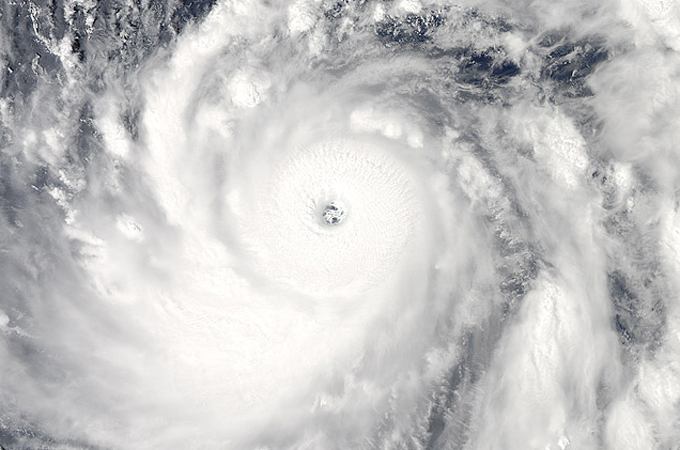 Super Typhoon Sanba is the 17th tropical cyclone of the 2012 typhoon season, as well as the strongest storm worldwide this year.

Currently 810km east of the Philippines and 850km south-southeast of Okinawa, Sanba is packing winds of 280kph with gusts to 335kph. If in the Atlantic, this would be equivalent to a category five hurricane.

Sanba has been mostly a “fish” storm for the last five days, keeping to the open waters of the west Pacific and away from any land. That, though, is about to change as the super typhoon marks its path towards the southern Japanese island of Okinawa.

As of now, the weather forecast models are in agreement that Sanba has probably reached its peak intensity. By Saturday evening, the Ryukyu Islands of Japan will be bracing for a weakened, but still very powerful typhoon.

It has only been a little less than three weeks since Typhoon Bolaven made a similar path over Okinawa. Bolaven was responsible for several deaths, thousands of evacuations and left approximately 60,000 people without power. It was considered the strongest typhoon to hit the southern Japanese islands since 1956. Now Sanba could break this short-lived record.

By the beginning of next week, it will next be South Korea who will be on alert. The current forecast track takes the storm north into the East China Sea and then is expected to make landfall into South Korea.

There is still time for the path of Sanba to change. Locations as far west as Shanghai and as far east as Kyoto are still in the potential “cone of uncertainty” and should be on high alert until the storm has passed.