The Netherlands has voted in crunch polls seen as a gauge of anti-European sentiment after a riveting campaign that has shaped into a tight race between two pro-Europe parties.

The ruling Liberal VVD party of pro-austerity Prime Minister Mark Rutte and the Labour PvdA of rising star and former Greenpeace activist Diederik Samsom are battling it out on Wednesday for the top spot in the fifth election in 10 years.

Polls predict that both parties will send around 35 MPs to the 150-seat lower house, with 19 other parties scrambling to be part of the eventual ruling coalition.

Despite a campaign dominated by anti-Brussels rhetoric, the vote is expected to return a centrist coalition government that will remain committed to austerity and staying in the EU.

And in a key ruling for the eurozone’s future, the top court in neighbouring Germany approved a new European firewall for ratification by parliament that is seen as a crucial crisis-fighting tool.

The latest opinion polls predict a middle-of-the-road coalition government involving the pro-austerity VVD and pro-stimulus PvdA will emerge after an expected 12.5 million voters cast their ballots.

Whatever shape the new government takes it will stick to helping Merkel crack the austerity whip on the backs of indebted southern European nations.

A coalition between the VVD, which garnered 31 seats in 2010 and the PvdA, which had 30, together with one or two smaller parties seems the most likely option to get a 76-seat majority.

Analysts say at least one million voters have yet to decide who to vote for.

Party leaders had one more chance to convince undecided voters when they faced off in a final live debate on Dutch television on Tuesday night.

Both the Liberals and Labour are pro-Europe but because of cuts to pay for spendthrift eurozone nations, they are faced with an electorate that is increasingly negative towards Brussels though realistic about the impossibility of European disintegration.

Rutte himself said in a debate on Monday he would put the brakes on handing over further power to the European Union.

It was a spat over austerity measures to stay within an EU-imposed deficit target that led to Rutte’s coalition crashing in April.

“I am ‘Mr No’ when it comes to a Brussels that’s expanding more and more,” he said.

Samsom announced last week he had telephoned Hollande to discuss the eurozone debt crisis, setting his compass clearly more towards France than Germany.

Rutte’s anti-Europe rhetoric could change after the election, once he is confronted with the political reality of tackling the debt crisis. 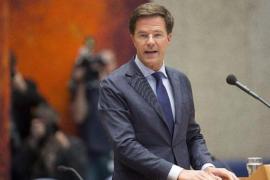 A quick glance at the economic and political landscape ahead of Wednesday’s parliamentary elections. 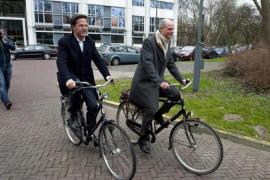 A quick look at four of the main contenders in the September 12 parliamentary elections. 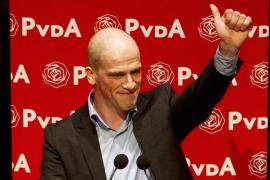 Social Democrats and the Liberal party in close race in vote dominated by financial crisis and the EU’s role.