Australia is preparing to send its first group of asylum seekers to an immigration facility on the Pacific island of Nauru as part of the government’s offshore processing programme.

Chris Bowen, Australian immigration miinister, said on Monday he hoped to begin sending asylum-seekers to the tiny nation later this week, to deter them from paying people-smugglers to attempt the dangerous sea voyage.

Paul Power, CEO of the Refugee Council of Australia, told Al Jazeera on Monday that the government, which had previously labelled such facilities as unnecessary and cruel, decided to rebuild the island camps as a “short-term circuit breaker”.

“But the concern of the Refugee Council of Australia is that this isn’t going to have the impact that the government hopes it will,” he said.

Al Jazeera’s Andrew Thomas said almost 10,000 people, mainly from Iran, Afghanistan and Sri Lanka, have travelled by boats from Indonesia and headed to Australia this year.

Human Rights Watch, the US-based watchdog group, called on Monday on Indonesia and Australia to take effective measures to protect child asylum-seekers stranded in Indonesia as they make perilous sea voyages to Australia.

Hundreds of children, especially unaccompanied ones, face detention, mistreatment in custody, no access to education and little or no basic assistance in Indonesia, the New York-based rights watchdog said citing its recent study.

“They can’t go home because of persecution or war, and they can’t stay put, because Indonesia doesn’t assist with basic needs or address their legal status.” 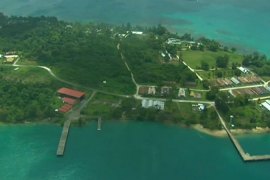 Decision to fly asylum seekers to Nauru means genuine refugees will find it tougher to make their case. 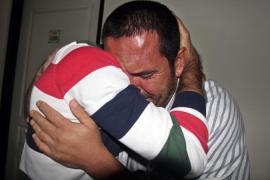 Trials and tribulations of an asylum seeker

Father of two tells how he spent his life savings paying a smuggler to get him into Australia but ended up in misery. 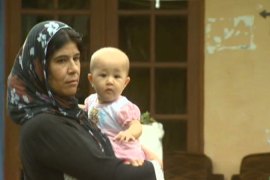 Facing delays and uncertainty when legally seeking refugee status, many prefer to take to the sea. 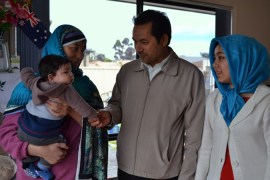 Tales from a leaking boat

The Australian government will implement a new plan that would send asylum seekers to Malaysian facilities first.