Paul Ryan, Mitt Romney’s running mate, has told Republicans that he and the presidential candidate will put the government on the side of people who create jobs through tax fairness and regulatory reform.

Speaking on Wednesday night to the Republican National Convention in Tampa, Florida, Ryan, 42, raised the question of what the next four years would look like without a change in leadership.

“After four years of getting the run-around, America needs a turnaround, and the man for the job is Governor Mitt Romney,” he said.

Ryan said the first signs of trouble under the Obama administration came with an economic stimulus package that led to more debt, but did not fix the economy.

“Before the math and the momentum overwhelm us all, we are going to solve this nation’s economic problems,” he said.

“And I’m going to level with you: we don’t have that much time.”

“The work ahead will be hard. These times demand the best of us – all of us – but we can do this.”

Ryan, who is the chairman of the House of Representatives budget committee, accepted the vice-presidential nomination.

In one of the biggest applause lines of the night, he said: “College graduates should not have to live out their 20s in their childhood bedrooms, staring up at fading Obama posters and wondering when they can move out and get going with life.”

He pledged that a Romney-Ryan administration would create 12 million American jobs in its first term and cap federal spending at 20 per cent of gross domestic product.

“We face a choice … we can choose to follow a declining path that is more dangerous than our past … or we can choose to renew the foundations of our power and leadership in the world. That’s what’s at stake in this election.”

“We are now being tested by an array of threats that are more complex … more deadly than I can recall in my lifetime,” he said.

McCain blamed Obama for not taking a stronger role in the conflict in Syria, saying: “Sadly … for the lonely voices of dissent in Syria … our president is not being true to our values.

Condoleezza Rice, the former secretary of state, also gave a speech at the convention on Wednesday.

“Mitt Romney and Paul Ryan will rebuild us at home and inspire us to lead abroad,” she said. “They will provide an answer to the question, ‘where does America stand?”‘

Earlier, she criticised Obama’s foreign policy in a speech delivered in Ohio state, saying that he “wasn’t doing what he had to do to stop the murders in Syria”.

She called on the US to arm Syrian rebels.

Speaking to Al Jazeera’s Alan Fisher at the convention, Jason Johnson, a political analyst, said Rice was being “trotted out” by the Republicans to show that the party had foreign-policy “backbone”. 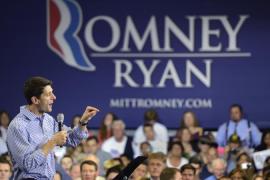 The curious case of Paul Ryan

US presidential candidate Mitt Romney’s pick of Ryan for VP may be motivated by a desire to ignite his party’s base. 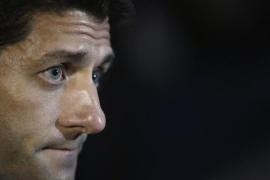 Staunch fiscal conservative from Wisconsin has backed cuts in government health programmes for elderly and poor. 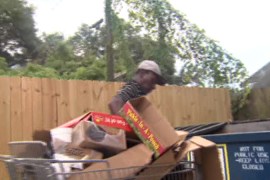 Jobs hard to come by in Florida city, as poverty level stands at twice the national average.

Vocal crowds at US Republican convention

Protester turnout may be lower than expected, but those who are in Tampa are vocal and enthusiastic.