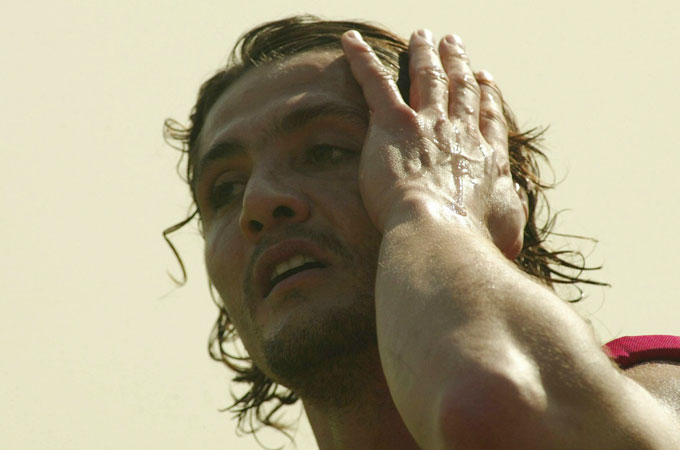 Overexertion in high heat and humidity can be dangerous. [Getty Images]

Heat is a way of life here in the Arabian Peninsula. It is one of the hottest regions of the world, close to the equator but far enough away to rarely see the cloud and rain that develops further south.

People adapt to the heat. Long, flowing white robes and head coverings are not a fashion statement; they are a practical way of adapting to temperatures which can rise to over 50 degrees.

Even ex-pats get used to it after a while, once they have learned to avoid the midday sun and not to over-exert themselves.

What makes life difficult for locals and ex-pats alike, however, is the combination of heat and high humidity.

This is a common feature across Southeast Asia, Central Africa and Central America. Relatively high temperatures and high humidity make us sweat profusely and the moisture stays on our skin, causing the body to get overheated when undertaking even gentle exercise.

In Arabia, the relative humidity is often very low, sometimes as low as 2-5%. (Yes, you can dry a full load of washing outdoors in less than two hours.)

So on those occasions when it soars to over 70%, it can become unbearable if the air temperature is in the high 30s or 40s Celsius.

Such weather conditions are a feature of the Gulf region during mid to late summer. During June and early July the region experiences a lot of shamal winds. These blow from the northwest bringing very dusty conditions. But because the wind travels a long way across the land, it is also very dry.

When the shamals begin to fade during late July and August we then see the humidity beginning to rise. Any wind blowing in off the Gulf can send the humidity soaring. In many parts of the world such a sea breeze would also bring about a cooling effect. But the sea temperature, even at a depth of 20 metres, can easily reach 36C.

This is the point when the air temperature can often be almost meaningless. Now, the heat index, which takes into account both the temperature and relative humidity, becomes significant.

The heat index is an indication as to how hot if feels. Those who live in cooler climes will be familiar with wind-chill – a measure of how cold it feels, based on the combination of low temperatures and increasing wind speeds.

At the time of writing, the early morning temperature in Doha was 37C – not too bad you might think. But the relative humidity was 60%. The combination of the two gives a heat index of 51C – definitely unpleasant conditions.

The highest heat index ever recorded was in Dhahran on the Gulf coast of Saudi Arabia. On 8 July 2003 an air temperature of 42 degrees, combined with a dew point of 35 degrees resulted in a heat index 68.6C.

Such conditions can be life-threatening. Any exertion can lead to heat exhaustion and heat stroke can soon follow. That is why many companies with large workforces in the region restrict working hours during the height of summer.